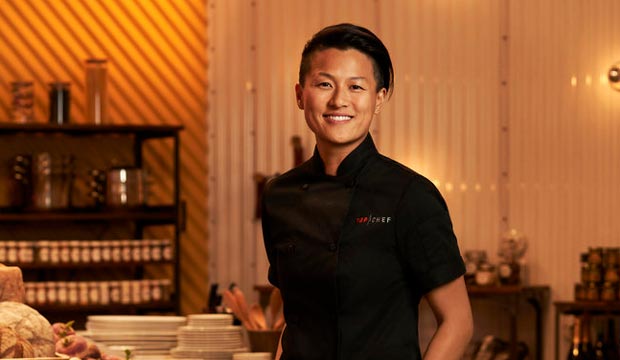 There are three contestants left going into this week’s season finale of “Top Chef: All-Stars L.A.,” and from the looks of things the grand prize is Michelle King‘s to lose. She has by far the best track record of any of the finalists. However, she did have a lengthy slump in the middle of the season, so we know she’s not infallible in the kitchen. Will she dominate the last challenge, or is the door open for an upset?

That said, her culinary journey has had a few bumps in the road. She was on the losing team for “Restaurant Wars,” which messed with her confidence and threw her off her game, resulting in bottom dishes in the next two challenges too.”Cabin Fever” and “Colossal Coliseum Kaiseki.” Right after that she climbed back to the top with her three consecutive victories, so while she certainly has momentum on her side, we also know that it’s possible for her rivals Bryan Voltaggio and Stephanie Cmar to capitalize if she has another setback. After all, It was Voltaggio and Cmar, respectively, who won the “Cabin” and “Kaiseki” challenges where King struggled.

Do you think King will reign supreme in the “Top Chef” finale, or will an underdog take the crown?