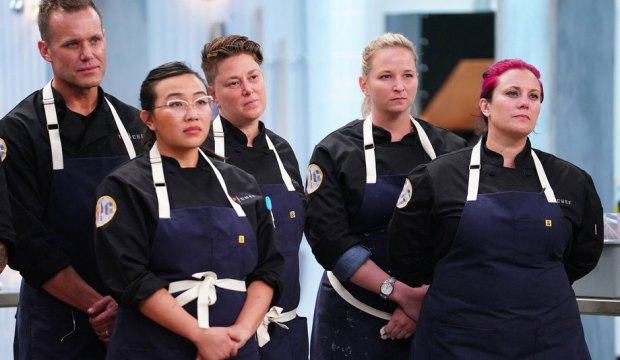 “Top Chef” is back for its 17th season, but unlike most years of the show which feature a brand new roster of chefs, this “All-Stars L.A.” season reintroduces 15 past contestants who just missed out on winning their seasons of the cooking competition. So which of them are you rooting for the most? Scroll down to vote in our poll at the bottom of this post.

This is actually the fourth season appearing on the show for Jennifer Carroll. She first competed in season six, where she was eliminated in fourth place in the penultimate episode of the season. She returned for the show’s first all-star edition in season eight, but she was the second chef to go that time around. And in season 15 she showed up in “Last Chance Kitchen” where she competed for a chance to return to the competition, though she ultimately wasn’t selected to join tht main cast.

Fellow season 17 returnee Lee Anne Wong was selected to return to “Top Chef” from that “Last Chance Kitchen.” She originally competed in the show’s very first season, which makes her the most veteran cast member in the current crop of all-stars. She finished fourth that season, but when she emerged from “Last Chance” to compete again in season 15 she had to withdraw from the competition due to altitude sickness just two weeks into her comeback.

SEESave up your viewing appetite: ‘Top Chef’ returns to Bravo on March 19 with a 17th season featuring 15 All-Stars

A few other returning chefs came thisclose to winning the first time around. Lisa Fernandes (season four), Kevin Gillespie (season six), Angelo Sosa (season seven) and Gregory Gourdet (season 12) were all runners-up in their respective seasons. So was Bryan Voltaggio, who was the season six runner-up along with Gillespie and actually lost to his own brother, Michael Voltaggio.

Are you rooting for one of those top chefs? Or do you think someone else deserves the title among this elite lineup that brings back some of the best of the best? Let us know below.