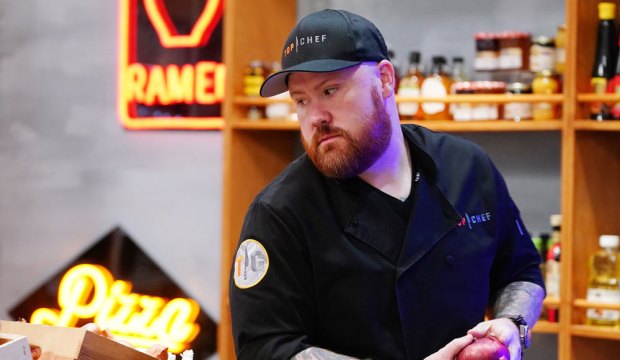 SEE‘Top Chef’: Will the always-dreaded Restaurant Wars have the All-Stars ducking for cover? [WATCH]

Gillespie was on the winning team for the season premiere quickfire challenge. Then in “The Jonathan Gold Standard,” where there was no quickfire, he won the elimination challenge. He won quickfire again in “Strokes of Genius” and “Bring Your Loved One to Work,” and then the aforementioned elimination challenge wins in “Phil” and “Pitch.” The only episode where he didn’t win a challenge was “You’re So Fresh,” but even then he was on the winning team and had one of the judges’ top vegetarian dishes.

However, King is the front-runner to win the season according to the combined predictions of “Top Chef” fans who have given us their predictions every week here in our predictions center. She gets leading odds of 31/10 as of this writing, followed by Gourdet with 9/2 odds and Bryan Voltaggio with 15/2 odds. Gillespie trails in fourth place with 11/1 odds. But since he won the “Pitch Perfect” challenge, he’s one of the team captains tonight during Restaurant Wars. If he aces that challenge too, perhaps he’ll finally pass King and Gourdet at the top. Unless his team loses Restaurant Wars, in which case he could just as easily pack his knives and go.