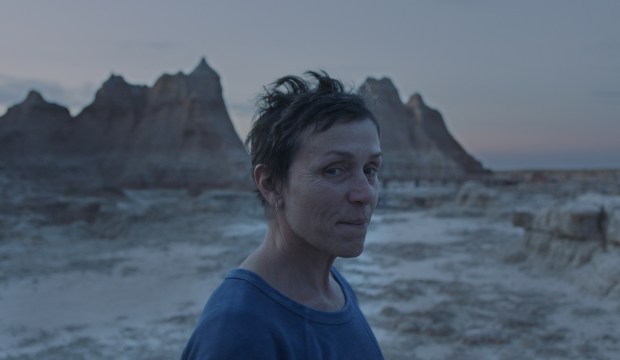 While the coronavirus pandemic put a halt to both the Cannes and Telluride film festivals, seen as essential stops on the road to awards season glory, both the Venice and Toronto film festivals are going ahead.

For its 77th celebration of film that starts September 2, the Venice Film Festival will open with Daniele Luchetti‘s drama “Lacci,” the first Italian film to kick off the event in 11 years. While “Lacci” is not competing for the Golden Lion, which was won by “Joker” last year, one title to keep an eye on is “Nomadland,” directed by Chloe Zhao (“The Rider”). The drama starring two-time Oscar-winning Best Actress Frances McDormand will premiere on September 11 at Venice and Toronto.

Cate Blanchett is serving as the president of this year’s Venice competition jury. Other selections vying for the fest’s top prize beyond “Nomadland” are:

Among notable titles showing at TIFF, downsized to about 50 films as opposed to 250 or more, are Halle Berry‘s MMA directorial debut “Bruised,” Ricky Staub‘s “Concrete Cowboys” headlined by Idris Elba, Kate Winslet and Saoirse Ronan as same sex lovers in “Ammonite” and Reinaldo Marcus Green‘s Good Joe Bell” starring Mark Wahlberg as a father who walks across  America to honor his son.

TIFF, usually the largest North American film gathering, is taking precautions with socially distanced screenings, outdoor events, drive-ins, digital screenings paired with red carpets and press screenings. We will have to see if any of these features make their way into the awards season conversation during precarious times.