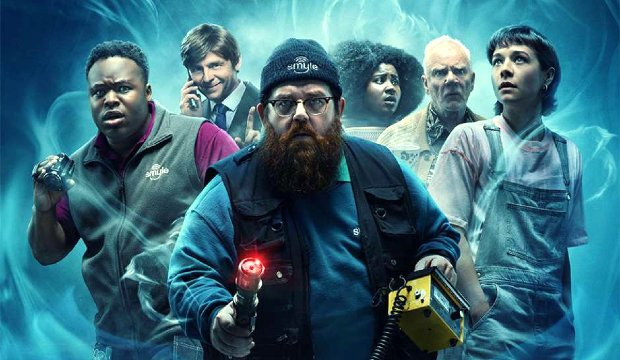 The Golden Globe Awards love them some Amazon comedies, which bodes well for “Truth Seekers,” the new series from Nick Frost and Simon Pegg about a team of part-time paranormal investigators. Rotten Tomatoes says in its critics consensus that “‘Truth Seekers’ is genuinely eerie, balancing out its silly sensibilities with creeping terror and a scary talented cast.”

Amazon has won four of the last six Best Comedy/Musical Series trophies: “Fleabag” and “The Marvelous Mrs. Maisel” triumphed as they did at the Emmys, but the streaming service had previously won the Best Comedy Series Globes for “Mozart in the Jungle” and “Transparent.” “Mozart in the Jungle” also took Best Comedy/Musical Actor for Gael Garcia Bernal, but neither he nor the show itself were ever nominated at the Emmys. Globe voters further demonstrated their affinity for Amazon three years ago by nominating Kevin Bacon in Best Comedy Actor for “I Love Dick,” which was canceled after its first season and not nominated for any Emmys.

“Truth Seekers,” which premiered Oct. 30, is the only new comedy this fall on Prime Video, which gives the Hollywood Foreign Press Association the first chance to anoint it, as it did with “The Marvelous Mrs. Maisel,” “Mozart in the Jungle” and “Transparent,” as well as other recent Best Comedy Series winners that debuted late in the year — after Emmy eligibility, like “Atlanta,” “Brooklyn Nine-Nine” and “The Kominsky Method.” “Fleabag” last year actually marked the first time in eight years that the Globes rubber-stamped the Emmy winner.

Frost and Pegg are known for their buddy comedy films, but “Truth Seekers” finds Frost at the head and Pegg in a supporting role onscreen, albeit both are co-creators, co-writers on all eight episodes and executive producers. Pegg regularly produces and writes their onscreen collaborations, but this is Frost’s series writing debut (2011’s “Paul” is the only film on which he has received script credit). A vote for Frost in the comedy lead actor category or Pegg in Best TV Supporting Actor could unofficially serve as approval for their diverse contributions. Amazon is additionally campaigning BAFTA nominee Samson Kayo and newcomer Emma D’Arcy in lead; Globe nominee Malcolm McDowell is among those in supporting. 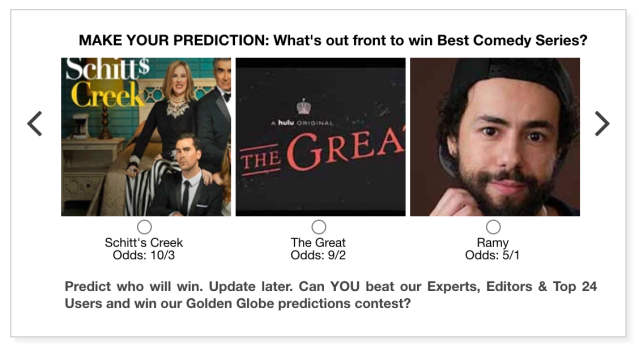