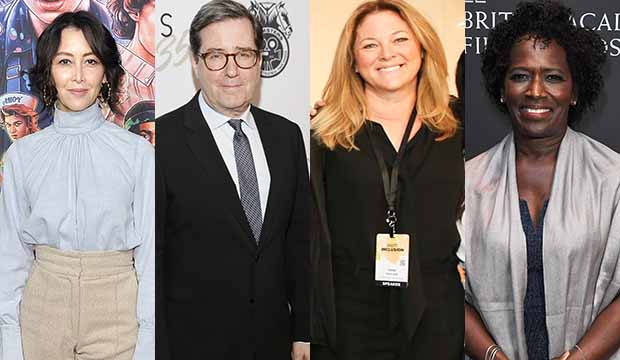 Four of TV’s top castingn directors will reveal the secrets behind their acting choices when they join Gold Derby’s special “Meet the Experts” Q&A event with key 2020 Emmy contenders this month. Each person will participate in two video discussions to be published soon: one-on-one with our managing editor Chris Beachum and a group chat with Chris and all of them together.

“We are grateful to Gold Derby for recognizing the work of casting directors this Emmy season,” says Rich Mento, Vice President, Casting Society of America. “This addition of the craft of casting to the ‘Meet The Experts’ panel series underscores the important contributions that CSA members make to the success of television projects, and throughout the entire entertainment industry.”

Rubin has won twice at the Emmys for “Big Little Lies” and “Game Change.” His other nominations were for “Sharp Objects,” “Political Animals,” “Georgia O’Keeffe,” “Temple Grandin” and “Recount.” Wins with the CSA have been for “A Series of Unfortunate Events,” “Game Change,” “Recount” and “Fried Green Tomatoes.”

Taylor has had nominations with the CSA for “Get Out,” “Whiplash” and “Hitchcock.” Other projects have included “The Invisible Man,” “Us,” “Halloween” and “Crazy Rich Asians.”

Thomas received an Emmy nomination for “Roots.” She won with the CSA for “Hidden Figures” and “Straight Outta Compton” along with noms for “Detroit,” “Roots,” “Instant Mom” and “Top Five.”