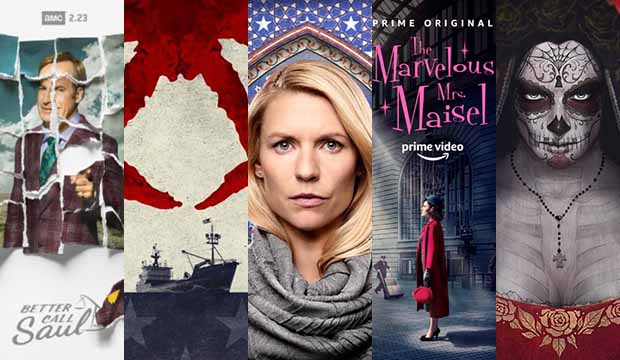 Five of TV’s top cinematographers will reveal the secrets behind their success when they join Gold Derby’s special “Meet the BTL Experts” Q&A event with key 2020 Emmy contenders this month. Each person will participate in two video discussions to be published soon: one-on-one with our managing editor Chris Beachum and a group chat with Chris and all of the directors of photography together.

Conroy has received one Emmy nomination for “Luther” and has won an American Society of Cinematographers Award for “The Terror: Infamy.” Other DP projects have included “The Name of the Rose,” “The Happy Prince” and “Broadchurch.”

Klein is a three-time Emmy nominee for “Homeland” and “Deadwood.” He also received an ASC nom for “Homeland.” Other projects have included “Six,” “True Blood” and “Pushing Daisies.”

Mullen is an Emmy winner for “Maisel” among his two nominations and another two from the ASC. Other projects have included “Get Shorty,” “Extant,” “Mad Men,” “United States of Tara” and “Smash.”

Reichert is a five-time Emmy nominee with a win in 2015 for “Deadliest Catch.” Other projects have included “Hostile Planet,” “Our Planet” and “Bering Sea Gold.”