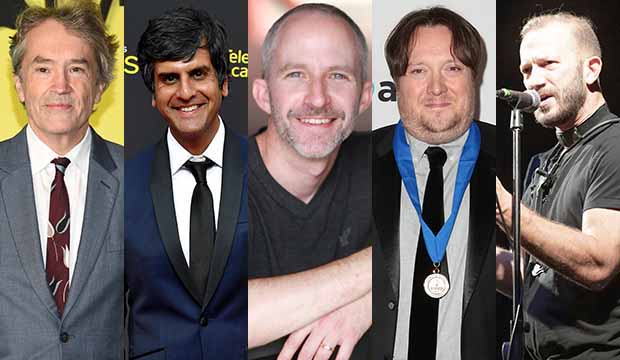 Five of TV’s top composers will reveal the secrets behind their musical success when they join Gold Derby’s special “Meet the BTL Experts” Q&A event with key 2020 Emmy contenders this month. Each scribe will participate in two video discussions to be published soon: one-on-one with our senior editor Joyce Eng and a group chat with Joyce and all of the composers together.

Burwell won a Primetime Emmy for his work on “Mildred Pierce.” He is a 2-time Oscar nominee for “Carol” and “Three Billboards Outside Ebbing, Missouri.” Other projects have included “The Twilight Saga,” “True Grit,” “O Brother, Where Art Thou?” and “Fargo.”

Khosla was nominated at last year’s Emmys for his work on “This Is Us.” Other projects have included “Looking for Alaska,” “Marvel’s Runaways,” “The Kids Are Alright” and “The Royals.”

As half of the composing duo Mizer and Moore, they have also worked on “Palindromes,” “Clear Blue Tuesday” and “Industrial Light and Magic: Creating the Impossible.”

Porter is also known for his compositions on “The Blacklist,” “Preacher,” “The Disaster Artist,” “Flesh and Bone” and “Breaking Bad.”

Stetson has also been known for his work on “The First,” “Hereditary,” “Outlaws and Angels,” “The Fear” and “Blue Caprice.”