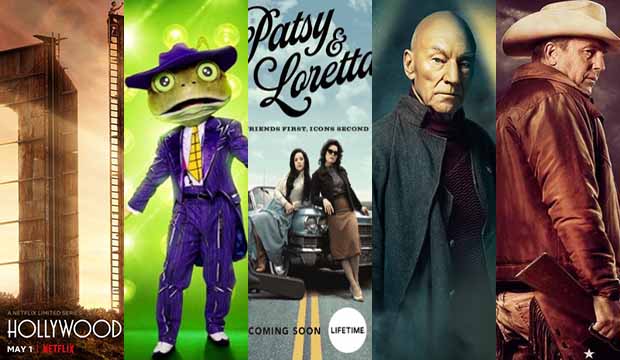 Five of TV’s top costume designers will reveal the secrets behind their success when they join Gold Derby’s special “Meet the BTL Experts” Q&A event with key 2020 Emmy contenders this month. Each person will participate in two video discussions to be published soon: one-on-one with our senior editor Joyce Eng and a group chat with Joyce and all of the designers together.

Boone has worked on such projects as “Uncle Drew,” “Greenleaf,” “A Madea Christmas,” “Steel Magnolias,” “For Colored Girls” and “Cadillac Records.”

Clark received a Costume Designers Guild nomination for “Tron: Legacy.” Other projects have included “Into the Badlands,” “Spy,” “The Maze Runner,” “Ender’s Game” and “Raising Genius.”

Leverett is also known for her work on “Stuber,” “The Vampire Diaries,” “A Walk in the Woods,” “Safe Haven” and “One Tree Hill.”

Toybina is a four-time Emmy winner for “Super Bowl XLIX Halftime Show,” “So You Think You Can Dance,” “55th Annual Grammy Awards” and “The X Factor.” She was also nominated this past year at the Emmys and CDG for “The Masked Singer.”