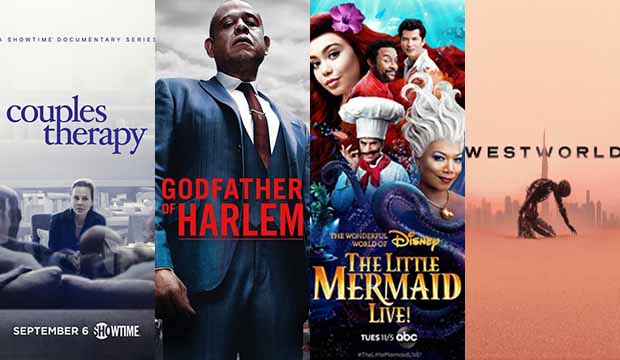 Four of TV’s top production designers will reveal the secrets behind their success when they join Gold Derby’s special “Meet the BTL Experts” Q&A event with key 2020 Emmy contenders this month. Each person will participate in two video discussions to be published soon: one-on-one with our senior editor Joyce Eng and a group chat with Joyce and all of the designers together.

Cummings is a two-time Emmy winner for “The Knick” and “Behind the Candelabra” among his four nominations. He has also received four career nominations from the Art Directors Guild with one win. Other projects have included “Magic Mike,” “Contagion,” “Ghost Town,” “Rent” and “The Rainmaker.”

Leigh was nominated at the Emmys for “Taking Chance” and with the Art Directors Guild for “Eternal Sunshine of the Spotless Mind.” Other projects have included “Gypsy,” “John Wick,” “The Americans,” “Person of Interest” and “Warrior.”

Mendis is best known for her work on “Topside,” “Betty,” “Goldie,” “The Sound of Silence” and “The Incredible Jessica James.”