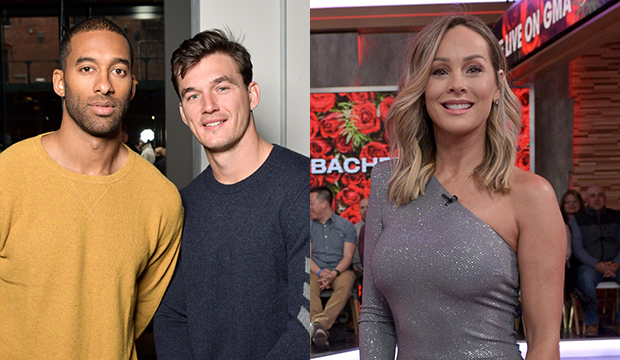 Whenever Season 16 of “The Bachelorette” gets off the ground, all eyes will be on Matt James, who is still one of Clare Crawley‘s suitors after she appeared to have subtweeted him two weeks ago — including those of his BFF/roommate and “Bachelorette” runner-up Tyler Cameron.

Asked if he thinks Crawley and James will work out on E!’s “The Rundown” (watch below), Cameron chuckled and answered, “Oh, man. That one’s going to be an interesting one. There’s been some interesting things conversed over social media, but I hope they can have a conversation, put things into perspective with each other, and see where the cards fall.”

Crawley and James certainly have some issues (misunderstanding?) to talk through first. The hairstylist stirred some drama last month when she tweeted: “If you are doing interviews and creating Cameo accounts before you are even on my season… you are in it for the wrong reasons… #dontwasteyourtime. Respect the opportunity you’ve been given. Respect the rules. Respect me. @BacheloretteABC.”

It was clear to fans that she was coming for James, who had created a Cameo account and had been doing press for various charities, including the one he operates with Cameron, ABC Food Tours, in the wake of the coronavirus pandemic. He reiterated in an Instagram Story that the proceeds from his Cameos are going to charity, which was obviously in response to Crawley’s tweets, but he did not mention her. Crawley later backpedaled a tad, saying that she was talking about multiple men, though the only one who has done interviews is James; another contestant, former NFL player Dale Moss, is on Cameo.

Last week, Chris Harrison shared that James is still on the show, which has been undergoing recasting during the lockdown since no footage had been filmed yet. “I mean, I don’t know if he wants to do this after quarantine, who knows? But as far as I know, yes,” Harrison said.

Cameron, who finished runner-up last year on Hannah Brown‘s season and had spent part of his quarantine with her, added that he just wants his pal to be happy whether he finds love on the show or not. “I just want Matt to be happy, so whoever makes him happy [is who I want for him],” he said.