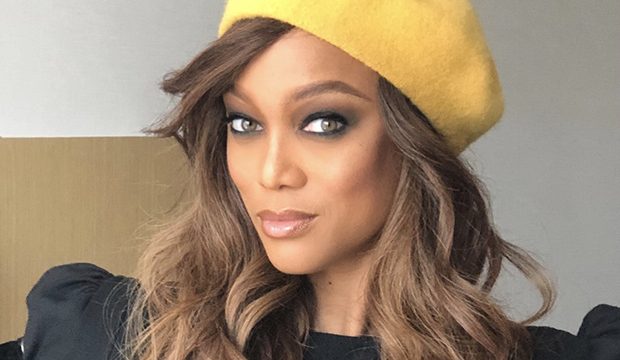 “Dancing with the Stars” will be smizing next season because Tyra Banks is the new host.

The “America’s Next Top Model” creator will replace Tom Bergeron and Erin Andrews in Season 29, which is slated to premiere in the fall, ABC announced late Tuesday night. Banks will also serve as executive producer.

“I’ve been a fan of ‘DWTS’ since its beginning,” the supermodel said in a statement. “The fun mixed with raw emotion, seeing celebrities push past their comfort zones, the sizzling dance performances — it’s always transported me to my days of turning it up 10 notches on the catwalk. Tom has set a powerful stage, and I’m excited to continue the legacy and put on my executive producer and hosting hats.”

SEE Why were Tom Bergeron and Erin Andrews axed as ‘Dancing with the Stars’ hosts?

Bergeron, who has hosted the show since its 2005 premiere, revealed on Twitter on Monday that “Dancing” had dropped him. ABC and BBC Studios, which produces the show, later confirmed his exit and that of co-host Andrews, who joined in 2014, saying that the series was heading in a “new creative direction.”

Per ABC, Banks will work with executive producer/showrunner Andrew Llinares to “refresh the team is planning while honoring the show America loves.” Llinares joined last season after the series endured backlash from the lackluster 27th season that culminated with Bobby Bones’ surprising victory. Once a juggernaut for ABC, “Dancing” was reduced from two episodes a week to one in 2013, and from two seasons a year to one last year.

“Tom has been an integral part of the ABC family for nearly two decades, from hosting ‘AFV’ to ‘Dancing with the Stars’ – we are grateful for all he and Erin have done to make ‘Dancing’ a success,” Karey Burke, president of ABC Entertainment said in a statement. “As we gear up for the show’s 29th season, we can’t wait to welcome Tyra Banks to our ‘Dancing’ stage. Tyra is an award-winning multi-hyphenate whose fierce female prowess and influence across many industries have made an indelible mark. Her fresh take on America’s favorite dancing competition will surely bring more than a ‘Smize’ to fans everywhere.”

Besides “Top Model,” Banks also hosted her own talk show, “The Tyra Banks Show,” from 2005-10, winning two Daytime Emmys for informative talk show, and “America’s Got Talent” for two seasons in 2017 and ’18.

“Dancing” is on ABC’s fall schedule, but it’s unclear what shape it will take due to COVID-19, especially as cases have been spiking in Los Angeles recently.