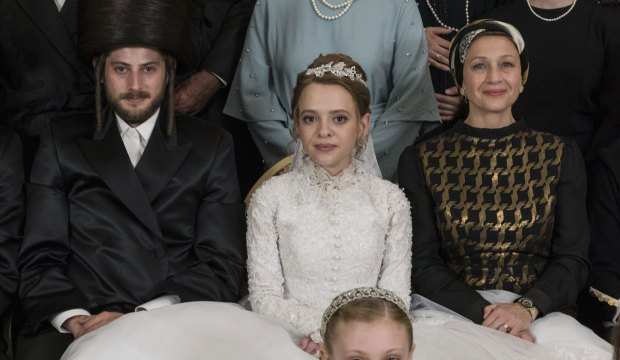 What a difference four weeks makes. The Netflix limited series “Unorthodox,” about an Orthodox Jewish woman who flees to Germany to live a more secular life, premiered on the streaming service in March, and in recent weeks it has been steadily rising in the Emmy predictions of the Expert journalists we’ve surveyed. Could it make history by winning Best Limited Series as a primarily Yiddish-language program?

The series has the benefit of great reviews (85 on MetaCritic, 95% fresh on Rotten Tomatoes), and it has generated its buzz in a foreign language and without A-list stars, which is a testament to the show given all the viewing options on Netflix. But that glut of programming from Netflix may also be its biggest Emmy challenge, since the streaming service has other high-profile limited series competing for eyeballs and votes like “Hollywood” and “Unbelievable,” both of which rank higher in our odds … for now. Do you think “Unorthodox” will break through alongside those other programs, or maybe even ahead of them?