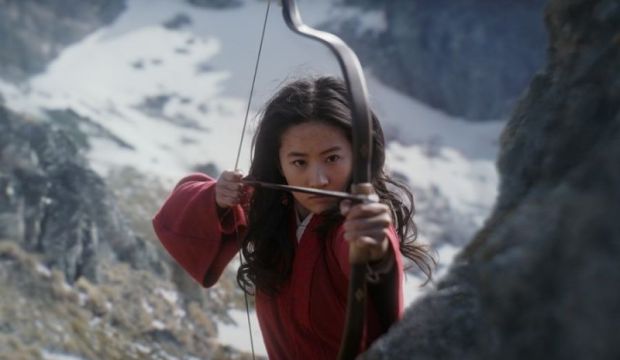 Like most businesses, the coronavirus epidemic caused movie theaters to close for the time being for safety’s sake. That led to Hollywood studios delaying the openings of several hotly anticipated titles to later in the year. Some filmmakers are counting on patrons to willingly go back to their neighborhood multiplexes by mid-summer.

But will they force ticket buyers to sit six feet apart? Can they assure audiences that they can sanitize the seats and floors in between showings? And what about the condition of the concession stands? Will we be able to bring in outside food and beverages?  Will everyone have to wear a face mask as well as 3-D glasses? While most blockbusters benefit from being seen on a big screen, even the most avid James Bond fan might tell themselves that, indeed, this is no time to die.

Several big titles such as Marvel’s “The Eternals,” Disney’s “Jungle Cruise” and “F9” — the ninth film in the “Fast & “Furious” franchise — were bumped into 2021. But there are more than a few must-see releases betting on cabin-feverish cinema lovers to be itching to watch hotly anticipated movies in a theater setting.

However, as the Los Angeles Times noted in a recent article, even if theaters in the South and the Midwest open early, studio will be unlikely show their big films until major markets like Los Angeles and New York are back to normal. For now, in order of opening, here are 12 major films expected to open on these dates. Check our descriptions and take the poll below to tell us which title would be most likely to entice to go back to a movie theater:

“Tenet” (July 17) — This premise of this action thriller, directed and written by Christopher Nolan, revolves around a secret agent who takes on a mission that requires him to prevent World War III through time travel. It stars John David Washington, Robert Pattinson, Elizabeth Debicki, Michael Caine and Kenneth Branagh.

“Mulan” (July 24) — The live-action version of Disney’s 1998 animated film of the same name is directed by Niki Caro (“Whale Rider”) about a Chinese girl who masquerades as a male warrior so she can take the place of her ailing father in the Imperial Army. It stars Liu Yifei, Donnie Yen, Jason Scott Lee, Yosin An, Gong Li and Jet Li.

“Wonder Woman 1984” (August 14) — The sequel to 2017’s “Wonder Woman” is once again directed by Patty Jenkins and stars Gal Gadot as the DC Comics superhero and immortal demigoddess, Amazon princess and warrior Diana. Chris Pine also returns as American pilot Steve Trevor and Diana’s love interest as events unfold in the year 1984. New to the cast is Kristen Wiig as Barbara Ann Minerva, an archaeologist who befriends Diana before she assumes the features and abilities of a cheetah while turning into a foe.

“A Quiet Place Part II” (September 4) — In the sequel to the 2018 horror hit where making a sound can get you killed, John Krasinski once again multi-tasks as director, writer and co-producer. He appears briefly on screen in flashbacks as the deceased head of the Abbott clan. His leading lady and real-life wife Emily Blunt  must go it alone with four children including a baby. Joining the cast is Cillian Murphy and Djimon Hounsou.

“Candyman” (September  25) — The sequel to the 1992 horror classic produced and co-written by Jordan Peele and directed by Nia DaCosta focuses on Anthony McCoy (Yahya Abdul-Mateen), a visual artist who lived in the now-gone Cabrini Green Housing Projects as a baby that was thought to be haunted by an alleged bogeyman called Candyman 28-plus years ago. Tony Todd plays the vengeful spirit who tried to kidnap him as an infant after being summoned by someone saying “Candyman” five times while facing a mirror.

“Without Remorse” (October 2) — An action thriller directed by Stefano Sollima and based on a 1993 novel by Tom Clancy stars Michael B. Jordan as a U.S. Navy SEAL who is bent on solving his wife’s murder while getting tangled in a bigger conspiracy. Jamie Bell and Jody Turner-Smith co-star

“Connected” (October 23) — This computer-animated sci-fi comedy is about a dad (voiced by Danny McBride) who decides to drive his college freshman daughter (Abbi Jacobson)  to school along with her mother (Maya Rudolph), little brother and their pet pug Monchi as a family bonding experience. But the plan falls apart after after the world’s electronic devices — from home appliances to mobile phones as well as a new line of personal robots — decide to take over the world.

“Black Widow” (November 6) — Scarlett Johansson‘s Marvel superhero finally gets her own movie that is set after the events in 2016’s “Captain America: Civil War” with Cate Shortland directing. Her highly trained assassin and former agent of S.H.I.E.L.D. Natasha Romanoff goes on the run and must confront her past. The rest of the cast includes Florence Pugh, David Harbour, William Hurt, Ray Winstone and Rachel Weisz.

“Soul” (November 20) — Pixar’s 25th computer-animated feature, directed by Pete Docter (“Inside Out”), focuses on a middle school music teacher  Joe Gardner (voiced by Jamie Foxx) finally gets to make his dream of performing in a jazz club come true. But then he is involved in an accident that knocks his soul out of his body and heads to a place called The Great Beyond. Joe escapes to The Great Before, a place where souls develop personalities before being sent off to earth. He must work with souls in training, including the difficult 22 (Tina Fey) so he can back to Earth before his body dies.

“No Time to Die” (November 25) — The 25th installment in the official James Bond franchise will be Daniel Craig‘s fifth and final appearance in the guise of 007 on the big screen. It is directed by Cary Joji Fukunaga and co-stars Lea Seydoux, Ben Whishaw, Naomie Harris, Rory Kinnear, Jeffrey Wright, Christoph Waltz and Ralph Fiennes reprising their roles. Newcomers include Rami Malek as a particularly vicious villain named Safin and Ana de Armas as a bubbly CIA agent who helps the master spy.

“Free Guy”(December 11) — The sci-fi action comedy stars Ryan Reynolds as who is part of an open world video game Free City, a cross between Grand Theft Auto and Fortnite. His Guy is a non-player character who works as a bank teller. When a code developed by programmers played by Jodie Comer and Joe Keery is inserted into the game, Guy realizes he is part of a game and assume the role of a hero to stop the game’s developers from shutting it down.

“Top Gun: Maverick” (December 23) — The long-awaited sequel to the 1986 action “Top Gun” has Tom Cruise and Val Kilmer reprising their roles as high-flying hot-shots Maverick, who is a test pilot who refuses to be grounded, and Iceman, who serves as Chief of Naval Operations. Maverick discovers his late buddy Goose’s son, known as Rooster (Miles Teller), is one of several Top Gun graduates recruited for a dangerous mission, the cocky Maverick must come to terms with his deepest fears while confronting his past.

'That was phenomenal': Ariana Grande ('The Voice') praises 4-chair turn artist Gymani after she sings…

'The Voice' season 21 episode 2 recap: Did Ariana Grande or John Legend use their blocks? [UPDATING LIVE…