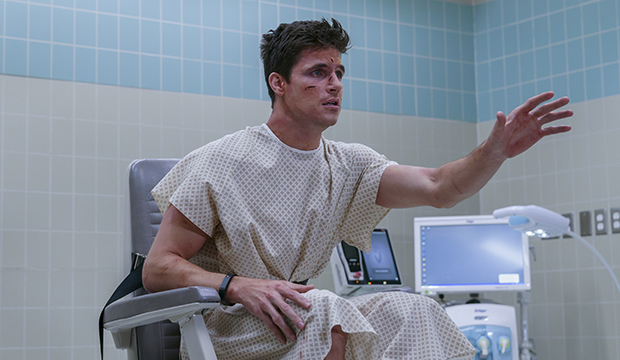 With “The Marvelous Mrs. Maisel” ineligible and “Fleabag” done, Amazon Prime is looking to keep its foot in the door for comedy television honors from the Golden Globes, SAG Awards and the Critics’ Choice TV Awards. One of the more promising opportunities for Amazon this cycle is its futuristic afterlife comedy “Upload.”

Created by Emmy winner Greg Daniels (“The Office,” “The Simpsons,” “Saturday Night Live”), the show takes place in the not-too-distant future and centers on Nathan Brown (Robbie Amell). Nathan is a computer programmer who is seriously injured in a car accident. Told that he is likely to die from his injuries, he chooses to have himself “uploaded” into a digital afterlife where he can still interact with the world of the living. While there, he begins developing a close relationship with his living handler, Nora (Andy Allo), but also has to deal with his very controlling living girlfriend, Ingrid (Allegra Edwards).

It might seem weird that a comedic show about life after death that premiered during a global pandemic could be positioned to be a big awards contender. But “Upload” has several things working in its favor. For one, a show with a similar feel, “The Good Place,” was able to win over the groups that vote on the Golden Globes and Critics’ Choice TV Awards. Another is that many of its potential rivals don’t have much history at those awards, which provides a bit more of a level playing field, at least right out of the gate.

Also, Amazon has proven to be a force to be reckoned with at these ceremonies. Not only was the streaming giant able to pull off multiple wins for juggernauts like “Fleabag” and “Maisel,” but before “Maisel” claimed the Globe for Best Comedy/Musical Series Globe in 2018, the streamer had already won that category twice for “Transparent” in 2015 and “Mozart in the Jungle” in 2016.

One last thing that “Upload” has up its sleeve is critical praise. The series currently has a fresh rating of 87 percent at Rotten Tomatoes and a score of 66 at Metacritic, indicating generally favorable reviews. Richard Roeper of “The Chicago Sun-Times” raved, “There’s a lot of heavy stuff at play here, but it’s all handled with a deft touch. Even when ‘Upload’ gets serious, it’s never more than a scene away from being funny as hell.” Matthew Gilbert of “The Boston Globe” sang its praises by saying, “It’s hard enough to create an earthbound sitcom premise that’s sturdy and distinct, but Daniels has done that while toggling among a number of different realities.” Kelly Lawler from “USA Today” wrote, “The smart, often hilarious series points out that like many things created by our flawed species, this virtual heaven is not all it’s cracked up to be.” 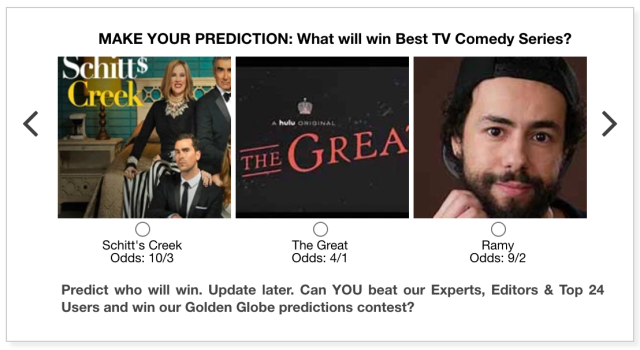