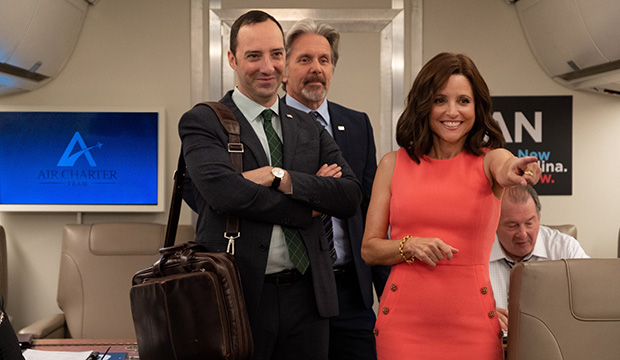 Much has been made about “Veep” never winning a Golden Globe, but did you know it’s also never won at the Producers Guild Awards? Sure enough, this year’s nomination marks the sixth and final PGA bid for HBO’s political comedy series, which ended its run last May. As this is the era of Peak TV, more and more worthy shows are going to be left out in the cold, we get that. But for “Veep,” a three-time Emmy winner for Best Comedy Series, to never earn recognition from the PGA Awards, this seems like a trend Selina Meyer should veto.

The first time “Veep” was nominated by the producers guild was for its 2013 season. “Modern Family” was still flying high at awards shows across the board, with that year being its fourth and final victory at PGA. The following year in 2014, “Orange is the New Black” burst onto the scene (back when it was still classified as a comedy series) and claimed an easy victory.

In 2015, “Veep” was bested by another first-time PGA nominee, “Transparent.” Then in 2016, red-hot “Atlanta” took home the comedy series trophy. The last two years were dominated by “The Marvelous Mrs. Maisel,” which became the first show to win back-to-back since “Modern Family.” “Veep” wasn’t eligible last year because of its extended hiatus due to Julia Louis-Dreyfus‘s cancer diagnosis, but now it’s back for its final hurrah at the producers guild.

SEEUnfortunate reminder: Peter Dinklage, Jharrel Jerome, Julia Louis-Dreyfus were cruelly skunked by Golden Globes and we’re still not over it

“Veep’s” four co-nominees this year include the aforementioned “Mrs. Maisel” as well as “Fleabag,” “Barry” and “Schitt’s Creek.” The odds-on favorite is of course “Fleabag,” which is coming off major victories at the Emmys and Golden Globes. Do you think “Veep” can eek out a first win for its final season? Make your PGA Awards predictions right now to influence our racetrack odds.