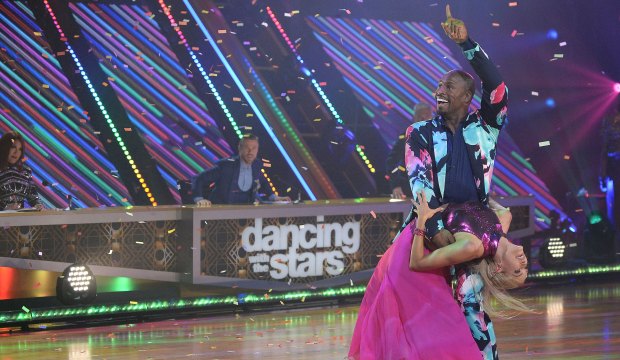 It wasn’t too surprising that football player Vernon Davis was eliminated from “Dancing with the Stars” on “Top 11” night. He had landed in the bottom two the week before, so we knew he was vulnerable. But did he really deserve to go? We polled our readers about what the rightful result would have been, and most of them don’t believe justice was done. Scroll down for our complete poll results at the bottom of this post.

It was a close call, though. Almost half of fans said Davis was indeed the right celeb to be sent home (48%), despite the fact that he didn’t finish last on the judges’ leaderboard this week. His cha cha earned him 7s across the board from Carrie Ann Inaba, Derek Hough and Bruno Tonioli for a total of 21 out of 30. That was three points better than Disney Channel actress Skai Jackson, who made a few glaring mistakes during her own cha cha and ended up with 6s from the judges.

SEESkai Jackson explains her ‘Dancing with the Stars’ flub: ‘I just kind of blanked out’

Jackson wasn’t even in the bottom two after viewer votes were added in. Perhaps that’s why 38% of  respondents thought someone should have been sent home who wasn’t in the bottom two. Personally, I’m glad Jackson was safe. Despite hitting a couple of rough patches this season, she’s arguably the best dancer in the competition on her best days. But she has had trouble with consistency, veering between the top and bottom of the leaderboard.

Since she was safe, Davis was instead joined in the bottom two by figure skater Johnny Weir, who has also had consistency issues. After getting the season’s highest score for his “’80s Night” contemporary routine, he ended up third from the bottom for his “Top 11” salsa. But in a split decision, the judges decided to save him from the chopping block; Inaba voted to save Davis, but Hough and Tonioli backed Weir. However, 14% of fans thought they should have axed Weir, which makes a total of 52% of our readers who thought Davis got a raw deal. Do you agree with them? 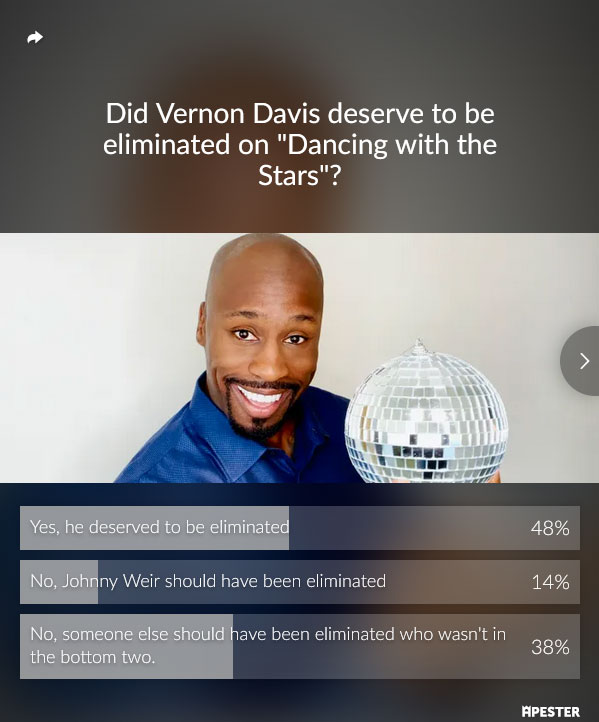