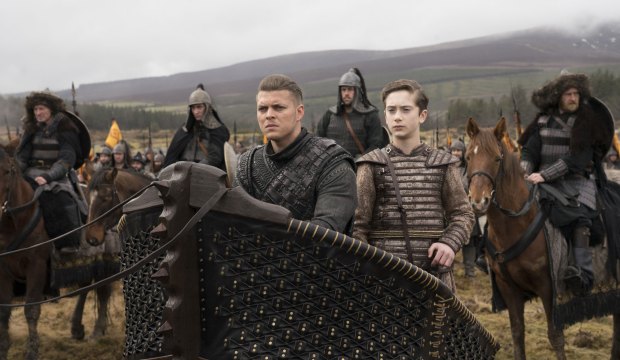 Since debuting in 2013, “Vikings” has amassed 13 Emmy nominations. That’s impressive in the era of peak TV, when shows can easily fall off voters’ radar amid the glut of new programming, networks and streaming services crowding the field more and more every year. This year the History Channel drama is nominated for Best Supporting Visual Effects for the episode “The Best Laid Plans,” which is actually the show’s sixth bid for its effects. But the show has yet to win in any category. Is this finally its year?

The visual effects in “Best Laid Plans” help create the battle between the Vikings and the invading Rus’ fleet. This is the third time the show has been nominated in this specific category, following bids in 2013 for the episode “Dispossessed” and in 2014 for “Invasion.” The show’s other three effects noms were in the main category for Best Special Visual Effects: “To the Gates” in 2015, “The Last Ship” in 2016 and “On the Eve” in 2017. The show didn’t make the cut in 2018 or 2019, but now it’s back, and it’s clear that the TV academy has long appreciated the show’s technical achievements.

The good news for “Vikings” is that the Emmys tend to reward period programs whose effects help to immerse us in the past: since the category for supporting visual effects was created in 2012, the award has gone to “Boardwalk Empire” (2012), “Black Sails” (2014), “Sherlock: The Abominable Bride” (2016) and “The Alienist” (2018), all of which were set a century or more back in time. And “Black Sails” also featured action on the high seas, which could also be good news for “Vikings.”

And “Vikings” is the nominee with the strongest Emmy track record in visual effects races. It’s up against three-time nominee “The Handmaid’s Tale,” two-time contender “Jack Ryan” and first-time limited series candidates “Devs” and “Tales from the Loop.” None of these shows have won an visual effects contest thus far, and “Vikings” has certainly waited longest to reach the winner’s circle. Will the show sail away with its first trophy?