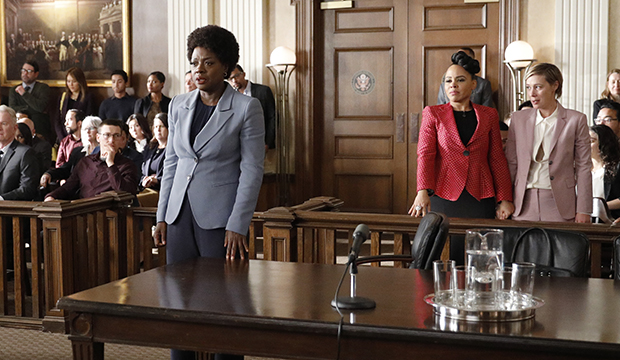 Viola Davis may just get away with one final Emmy nomination for “How to Get Away with Murder.” After sitting in seventh place in our Best Drama Actress odds for nearly two months, she entered the top six over the weekend in sixth place.

Early in the season, Davis — the category’s first and only Black winner with her 2015 victory for the debut season of “Murder” — was barely in our predicted top 10. But that all changed after the “Murder” series finale on May 14, in which the Oscar winner delivered another multifaceted performance as Annalise defended herself in her own murder trial. While the episode literally ends with a bang, Davis’ big moment is Annalise’s closing argument. For three minutes, she speaks about the masks she has worn all her life to protect herself and be socially acceptable — but now she’s done.

SEE Emmy spotlight: Viola Davis’ stunning turn in ‘How to Get Away with Murder’s’ series finale is to die for

“Who I am is a 53-year-old woman from Memphis, Tennessee, named Anna Mae Harkness,” she declares. “I am ambitious, black, bisexual, angry, sad, strong, sensitive, scared, fierce, talented, exhausted — and I am at your mercy.” It’s a powerful monologue that’s even more potent now in the wake of the Black Lives Matter movement.

If Davis, whose 2018 comments about Hollywood’s gender and race wage gaps went viral again last week, can pull off a farewell bid, she will go 6 for 6 for playing Annalise — the only caveat being in 2018 when she missed the drama actress field but received a guest bid for the “Murder”-“Scandal” crossover. After the 2018 drama actress snub, few thought she’d return in 2019 — she was in 11th place in our odds — but not only did she make cut, but “Murder” nabbed its most nominations in a year ever, with guest bids for Cicely Tyson, who’s back in the race this year, and Glynn Turman. “Murder” overall is far from an Emmy magnet, but actors have proven they are very much here for Davis, and she is not to be underestimated.