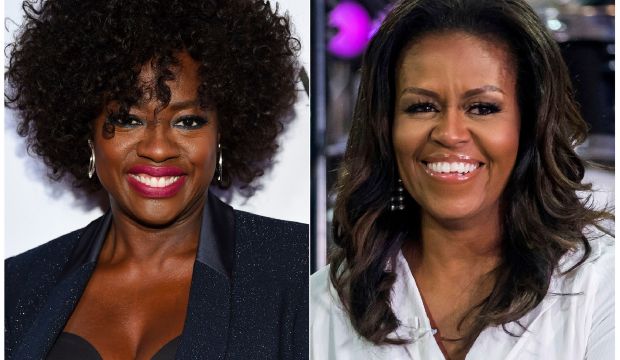 Viola Davis better start pumping up her biceps. The Oscar-winning actress will play the freshly honored Grammy-toting Michelle Obama in the Showtime series “First Ladies,” an hour-long drama that will delve into the personal and political lives of select women who have served as the country’s FLOTUS. Season one will also feature Eleanor Roosevelt and Betty Ford.

Jana Winograde, the cable channel’s president of entertainment, had this to say about the project that will focus on the East Wing of the White House, the place where impactful decisions have been made that were often hidden from public view.

“Throughout our history, presidents’ spouses have wielded remarkable influence, not only on the nation’s leaders but on the country itself,” Winograde said in a statement. ” ‘First Ladies’ fits perfectly within the Showtime wheelhouse of drama and politics, revealing how much personal relationships impact both domestic and global events. Having Viola Davis play Michelle Obama is a dream come true, and we couldn’t be luckier to have her extraordinary talent to help launch this series.”

Michelle Obama has been portrayed on film before, but not on TV. Tika Sumpter played a young Michelle in the 2016 feature “Southside With You,” which depicted her first date with Barack Obama on a summer evening in 1989. Besides winning Best Spoken Word Album for the audiobook of her best-selling memoir “Becoming,” she and the former POTUS are up for an Oscar for their documentary “American Factory,” the first release by their production company, Higher Ground.

Who knows? She might just be halfway to an EGOT come this Sunday when the 92nd Academy Awards airs live at 8 p.m. ET/5 p.m. PT. Right now, “American Factory” is way ahead in Gold Derby’s combined predictions with 82/25 odds and 4,137 users picking it to win.

'The First Lady' director Susanne Bier: 'I got to deal with American royalty' [Exclusive Video…