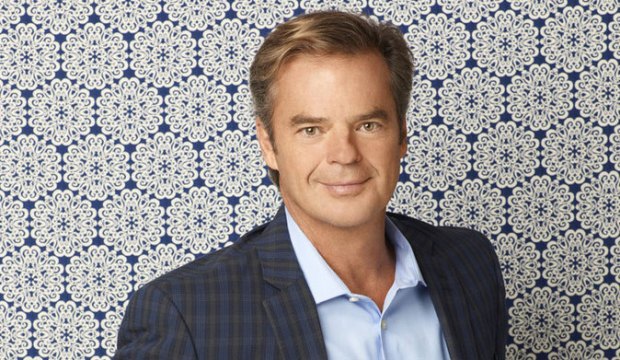 Fans were surprised when Emmy-winning actors Freddie Smith and Chandler Massey were let go from “Days of Our Lives” — almost as surprised as the actors themselves were. Their co-star Wally Kurth has also expressed his condolences about their exit, but also suggested the possibility that they might make a comeback.

SEEAnother one bites the dust as Galen Gering let go from ‘Days of Our Lives’: ‘Thanks for the memories’

Kurth plays Justin Kiriakis, the father of Smith’s character Sonny Kiriakis, and he posted on Twitter on February 15, “These two wonderful actors and terrific young men, consistently gave their best and it made [‘Days of Our Lives’] the best it’s ever been. I will truly miss working with them. And I look forward to their return.”

Wait, their return? When announced that they were let go, Smith and Massey were mum about the circumstances of their departures. “Days” films so far in advance that their final episodes won’t air until the fall, so they didn’t want to spoil upcoming storyline secrets. But they suggested that where the writers took their characters in those last episodes was pretty abrupt. Do one or both of them kick the bucket? There would certainly be no coming back from that …

Yeah, just kidding. Soap opera resurrections happen all the time, and it actually already happened once to Massey’s character Will Horton. The role was recast with another actor, Guy Wilson, from 2014 to 2015. Then he was brutally strangled to death by a serial killer. Then an amnesiac Will returned in 2017 with Massey back in the role. You could literally be hanged, drawn and quartered on screen and still have your death retconned away under the right circumstances.

So there’s always hope. Where there’s a WilSon, there’s a way.

These two wonderful actors and terrific young men, consistently gave their best and it made @nbcdays the best it’s ever been. I will truly miss working with them. And I look forward to their return. @ChandlerMassey @freddiemsmith https://t.co/s8cOggvKoY