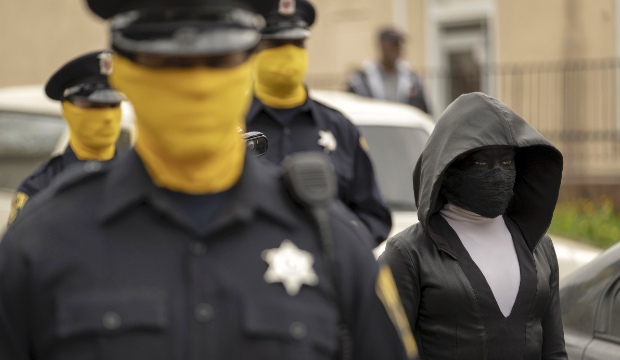 “Watchmen” leads all programs in nominations for the 2020 Emmy Awards. Its 26 bids make it the Emmys’ most-nominated limited series since “Roots” received 37 in 1977. HBO’s superhero miniseries now eyes another record, as it contends to win more Emmys than any program ever has in a single year. “Game of Thrones” came close again last year, with 12 wins for a third consecutive season, but it never reached the tally of 13 set by “John Adams” in 2008. Last year’s Best Limited Series “Chernobyl” won 10 awards from 19 nominations across 18 races, making it the winningest limited series since “John Adams.”

“John Adams” had 23 nominations across 22 races; “Watchmen” is spread across only 19, so it needs a better hit rate. “John Adams” went into the main ceremony with eight Creative Arts wins under its belt. “Watchmen” is entering with seven, for achievements in casting, cinematography, costumes, editing, score and sound.

To beat the record though, it will need a clean sweep, which has only ever been achieved by “Angels in America,” which additionally won Best Movie/Limited Actor and Best Movie/Limited Supporting Actor in 2004. Jeremy Irons of “Watchmen” ranks a lowly fourth for the former; Jim Parsons of “Hollywood” leads the latter over “Watchmen” co-stars Yahya Abdul-Mateen II, Jovan Adepo and Louis Gossett Jr. An upset could bring things full circle for Gossett in his role as a 105-year-old. The Oscar winner won his first and only Emmy to date for “Roots” 43 years ago.