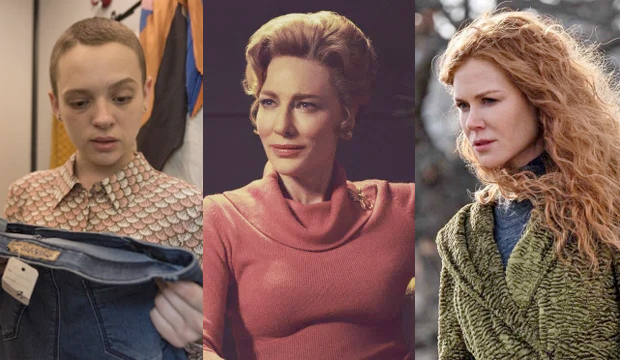 The upcoming Golden Globes will honor the best TV shows of 2020, which means programs that aired in the 2019 calendar year (looking at you, “Watchmen”) won’t be eligible. Since the HBO juggernaut recently took the Emmys by storm, winning 11 trophies in the limited series races, that means there are some big shoes to fill at the 2021 Golden Globes. So what’s predicted to win Best Limited Series now?

The top three shows to watch out for are Netflix’s “Unorthodox,” FX’s “Mrs. America” and HBO’s “The Undoing,” according to early Golden Globe predictions.

“Unorthodox” stars Shira Haas as an Orthodox Jewish woman who runs away from her New York home to start a new life in Germany. Maria Schrader surprised on Emmy night with a victory for directing the miniseries. “Mrs. America” tells the story of 1970s Republican women who wanted to stop the ratification of the Equal Rights Amendment. Cate Blanchett earned an Emmy nom for playing Phyllis Schlafly, with Uzo Aduba winning for her role as Shirley Chisholm. “The Undoing” is currently airing on HBO, with Nicole Kidman and Hugh Grant leading the latest production from writer David E. Kelley and director Susanne Bier.

Rounding out the Top 10 most likely nominees are Hulu’s “Normal People,” Showtime’s “The Good Lord Bird,” HBO’s “I May Destroy You,” Showtime’s “The Comey Rule,” Netflix’s “The Queen’s Gambit” and Hulu’s “Little Fires Everywhere,” plus HBO’s TV movie “Bad Education.”

Last year “Watchmen” was completely skunked at the Golden Globes, but not because voters didn’t like it. As it turns out, the timely program about mask-wearing and social injustice competed as a drama series (not a limited series) last winter at the Globe and other awards shows. Many people just blindly assumed there would be a second season, particularly after the strong showing for its first. It wasn’t until January 2020, a month after the Golden Globes revealed their nominations, that showrunner Damon Lindelof announced the show’s completion. Had “Watchmen” been submitted as a limited series at places like the Golden Globes, there’s no telling how much love it would have gotten.