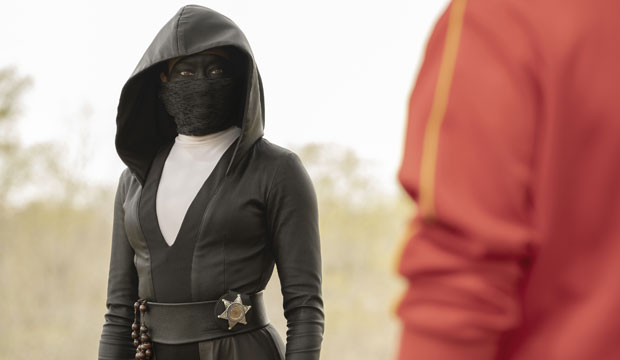 “Watchmen” has a couple of nominations at the write

Writers Guild Awards being held on Saturday, February 1: Best Drama Series and Best New Series. Will it win one or both of those? Yes, according to the combined predictions of more than 1,500 Gold Derby users as of this writing.

It’s the front-runner to win Best New Series with odds of 11/2 and unanimous support from the Expert journalists we’ve surveyed thus far. It’s also backed by the majority of Editors who cover awards year-round for Gold Derby. It might be helped by the fact that it stands out as the only drama nominated in that category, up against “Russian Doll,” “Pen15,” “Dead to Me” and “What We Do in the Shadows.”

And showrunner Damon Lindelof is a WGA favorite with one win out of six nominations for “Lost.” He even earned three WGA nominations for “The Leftovers” even though another peer-group award, the Emmys, never gave that show the time of day. He probably won’t go two-for-two this weekend, though. We think the Best Drama Series prize will go to “Succession.”

The Best New Series category at the WGA Awards is unique among the guilds. It was introduced in 2005 and serves as an interesting time capsule of what the industry admired the most when they launched. Shows like “Grey’s Anatomy,” “Mad Men” and “Modern Family” have won, while eventual classics like “The Office,” “30 Rock” and “Game of Thrones” lost the award. As with the Grammy for Best New Artist, hindsight is 20/20.

“Watchmen” could potentially be on its way to classic status as well, even though it might not return for season two. It has already done quite well for itself at the guilds, racking up a slew of nominations from the industry’s visual effects artists, producers, sound editors, costume designers, and film editors. It also pulled off an upset at the Directors Guild Awards, besting “Succession” and “Game of Thrones” and overcoming a potential vote split in the process; it was nominated for two different episodes, winning for its premiere “It’s Summer and We’re Running Out of Ice” by Nicole Kassell.

Will the show win another major industry prize? Could it replicate the DGA Awards by doing even better than we’re expecting?

Be sure to make your WGA predictions so that Hollywood studio executives and top name filmmakers can see how their movies are faring in our odds. Don’t be afraid to jump in now since you can keep changing your predictions until just before winners are announced on February 1. And join in the fierce debate over the 2020 WGA Awards taking place right now with Hollywood insiders in our film forums. Read more Gold Derby entertainment news.