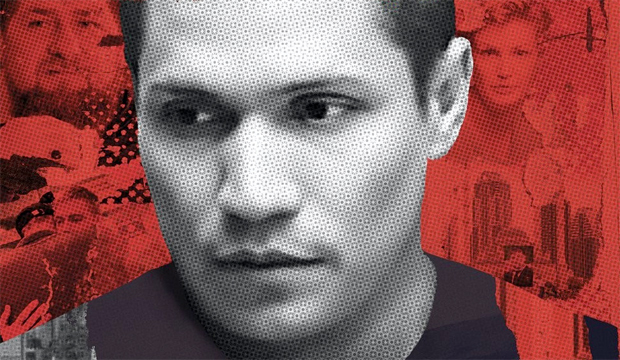 HBO’s “Welcome to Chechnya” is one of the most brutal documentaries of the year, centering on the torture and abuse of LGBTQ people in the Chechen Republic of Russia and the efforts of local activists to protect those at risk. Director David France filmed in complete secrecy and used face swap technology to protect the identities of those fleeing persecution in Chechnya. The film deftly bounces between multiple stories as we follow young men and women identified as “Grisha” and “Anya” as they go on a perilous journey to safety with help from activists who have set up a secret shelter in Moscow. “Grisha” is eventually joined by his boyfriend, “Bogdan,” who temporarily find safety together only to have no choice but to move on and stay elsewhere.

The story of “Grisha” is at the heart of “Welcome to Chechnya” as he tries to protect not only himself and his boyfriend but his family, who are also forced to seek shelter. Eventually, reaches such a point that he wishes to come forward about the abuse incurred and he officially files a complaint in front of reporters, bravely revealing his face to the world. The film then cleverly allows us to see his real face and name for the first time. “Anya’s” journey is just as fascinating, trapped in such an impossible situation that activists orchestrate an elaborate plan to sneak her out of Chechnya.

The doc delves into how the violent homophobia in the Chechen Republic came about under the regime of Ramzan Kadyrov. In response to the accusations made in 2017, Kadyrov stated, “We don’t have any gays” in Chechnya and that if there were, they should be taken to Canada in order to “purify our blood.” Cellphone videos intercepted by LGBTQ activists are interspersed throughout the film depicting violence against men and women accused of being gay.

“Welcome to Chechnya” is a powerful viewing experience that could only benefit from reaching a bigger platform as a potential Oscar nominee for Best Documentary Feature. The film has universal praise from critics plus director France is a known quantity, previously earning a Documentary Feature nomination for “How to Survive a Plague” (2012), so it should be a strong contender in a wide-open race.