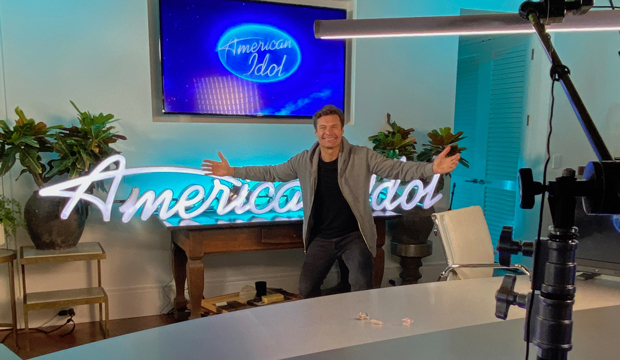 Thanks to the coronavirus pandemic, “American Idol” had to understandably scrap some of its plans for Season 18. Since the finale of the long-running reality TV show isn’t airing live coast-to-coast as it has the past two seasons, when Maddie Poppe (2018) and Laine Hardy (2019) prevailed, viewers on the West Coast won’t be able to vote for the winner after watching the performances on their television screens. By the time the season finale airs in the western part of the country, the winner will have already been crowned by fans in the east. Have no fear, West Coast viewers: ABC has provided Gold Derby with an infographic (see below) to explain how YOU can still vote for your favorite finalist in real time.

The two-hour final episode will be presented remotely from the homes of the quarantined finalists, judges (Katy Perry, Lionel Richie and Luke Bryan) and host (Ryan Seacrest) at 8:00 p.m. on Sunday, May 17. (Many other surprise guests will be in attendance as well.) That means viewers on the West Coast have to wait three hours to see the broadcast on television. Because of this, ABC is making all of the finale performances available on the “American Idol” YouTube channel immediately after they appear on the East Coast feed.

Other reality TV shows already adhere to this practice that gives much of the voting power to East Coasters, such as the instant saves on “The Voice” or “America’s Got Talent,” but it’ll be a new experience for “American Idol” viewers. The past two years ABC presented the finale live in all time zones so that everyone could vote in real time no matter what ocean was closest to them. Prior to that, over on Fox, fans voted for several hours after the performance show and then there’d be a results show the following night.

This Sunday, fans will vote for their favorite contestant to be crowned the next “American Idol.” Voting will open when the Top 5 are revealed during the East Coast broadcast and will be live during the show. Contestant performances will be posted online as they air on the East Coast, so fans in other time zones can watch those to make their decisions. Fans can vote up to 10 times per contestant, per method.

The voting methods are:
Online at americanidol.com/vote
Via the official American Idol app
By texting the contestant number to 21523
Voting closes at approx. 6:15 PST

The seven finalists are Louis Knight, Francisco Martin, Dillon James, Arthur Gunn, Julia Gargano, Just Sam and Jonny West. However, only five of these talented crooners will make it to Sunday’s winner vote. According to exclusive Gold Derby odds, the winner of Season 18 will be either Arthur or Jonny — do YOU agree with those “American Idol” predictions?

Here’s the official infographic. Keep it handy on Sunday night, West Coasters, so that you can have a say in who wins! 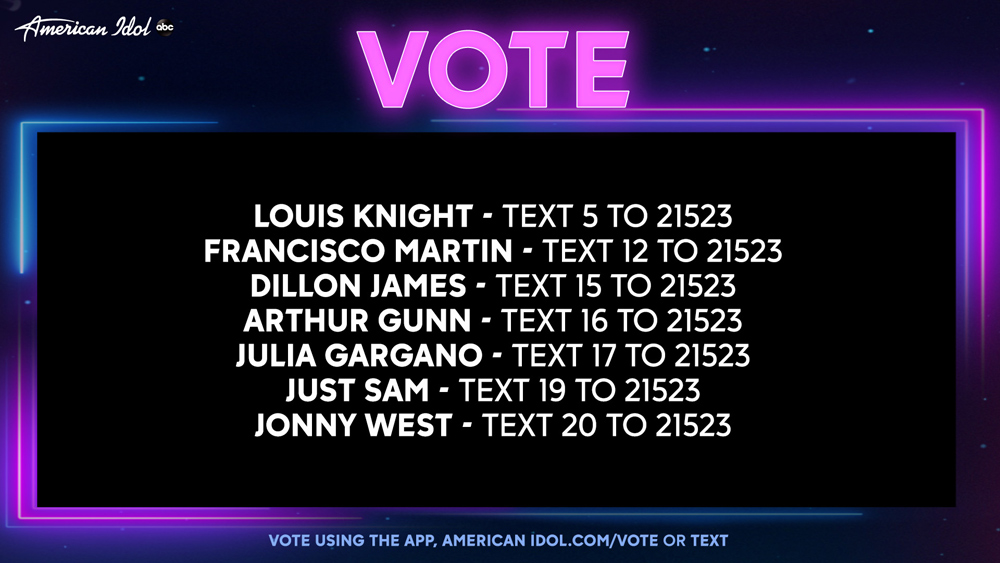 Be sure to make your predictions to influence our reality TV racetrack odds. You can keep changing your predictions until just before the next episode airs on ABC. You’ll compete to win a spot on our Season 18 leaderboard and eternal bragging rights. See our contest rules and sound off with other fans in our reality TV forum. Read more Gold Derby entertainment news.