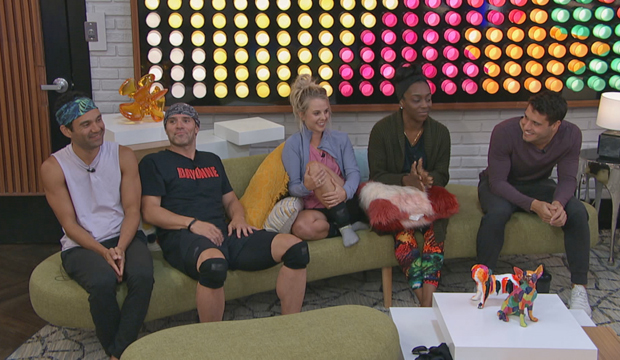 Last week, “Big Brother 22” fans on the West Coast were disappointed when they went to play the new episode on their DVRs and found that the Democratic National Convention (DNC) had ran over its scheduled time. That meant viewers didn’t get to see the end of the episode, as it cut off right in the middle of the Veto competition. This week, “BB” fans, be sure to plan ahead by adjusting your DVR times in the event there’s a similar situation due to the Republican National Convention (RNC).

It’s simple. In addition to recording “Big Brother: All-Stars” on Wednesday, August 26 at 8:00 p.m. PT, West Coast fans should alter their DVR schedule to also record “Tough As Nails” at 9:00 p.m. — just to be safe. That way if the show runs past the hour viewers can still see how it all ends as they’ll have the entire two-hour block recorded. East Coasters won’t have to worry about the political speeches going over, as “Big Brother” will air before CBS’s broadcast of the Convention begins.

For the first time in 14 years, “Big Brother” is airing an “All-Stars” version that welcomes back former winners, runners-up and fan favorites for a summer of grueling competition. “BB22” was able to happen despite the coronavirus pandemic, as the returning cast members were all quarantined for two weeks prior to the August 5, 2020 move-in day.

We’re currently in the middle of Week 3 in the “Big Brother” house, with Tyler Crispen calling the shots as the Head of Household. He nominated “BB” legends Janelle Pierzina and Kaysar Ridha for eviction, but Wednesday’s Veto has the potential to alter his plans.

“This is when it’s my moment to shine,” Janelle proclaimed after Sunday’s nominations ceremony. “This game is about to get terribly interesting. I really want to show this different players what I’m made of. When I win that Power of Veto, I’m not gonna tell them to shove it. That would be too frank. I’m gonna politely say, you know who you’re messing with!” How will the rest of the week play out? Stay tuned.