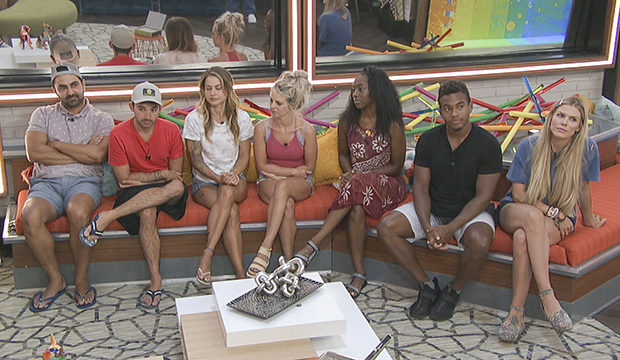 “Big Brother 22” fans on the West Coast were disappointed on Wednesday night when they went to play the new episode on their DVRs. CBS’s reality TV show was delayed approximately 20 minutes by the Democratic National Convention (DNC), which ran long due to speeches by Vice Presidential nominee Kamala Harris, former President Barack Obama, former Presidential nominee Hillary Clinton and more. That means viewers didn’t get to see who won the Veto competition (it was Memphis Garrett) or whether David Alexander or Nicole Anthony were saved (they weren’t).

The bad news is that the same fate is likely to befall Thursday’s all-important live eviction episode. The good news is that there’s an obvious work-around. In addition to recording “Big Brother: All-Stars” at 8:00 p.m. ET/PT, West Coast fans should adjust their DVR times to also record “Young Sheldon” at 9:00 and “The Unicorn” at 9:30 — just to be safe. Viewers on the East Coast won’t have to worry about the political speeches running over, as “Big Brother” will air before CBS’s broadcast of the Convention begins.

The August 20 episode of “BB22” will feature the second eviction of the season. Last week Keesha Smith went home by an embarrassingly unanimous 13-0 vote over Kevin Campbell. Will this week see another predictable vote? According to Gold Derby odds, Nicole is most likely to be evicted over David, but anything can happen between now and showtime. Either way, Julie Chen Moonves will be on hand to interview the night’s eliminated contestant from an appropriate social distance.

Memphis, who won both the Head of Household and Veto competitions, was adamant about keeping his nominations the same this week, despite his alliance wanting him to take a shot at two big threats: Janelle Pierzina and Kaysar Ridha. Memphis thought it was too early in the game to make such a decision, which prompted his alliance partner Dani Briones to call him “soft” and a “rookie.” Do you think Memphis made the right move?

For all you “BB” politicos out there, here is the list of speakers for the final night of the 2020 DNC: