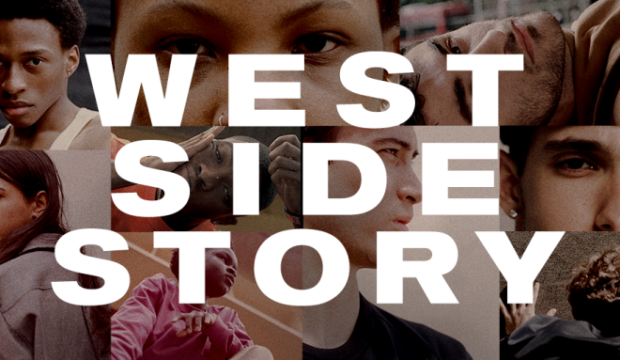 “West Side Story,” one of the most beloved and enduring Broadway musicals of all time, has often been seen on the Great White Way since it premiered more than sixty years ago, but never quite like this. The revolutionary musical has been reimagined in equally revolutionary fashion this season by Tony-winning director Ivo van Hove (“A View From the Bridge”), whose production opened at the Broadway Theatre on February 20.

SEE 2020 Broadway spring season preview of musicals: Which will be remembered by the Tony Awards?

Critics had extremely divided reactions to van Hove’s radical re-envisioning of one of American theatre’s finest musicals. Ben Brantley (New York Times) critiques this mounting as “curiously unaffecting,” “attention-splintering,” and “internally divided,” saying that because of the videos the characters “have seldom seemed smaller, blurrier or less sure of their purpose—as characters or as performers.” As a result, he says the audience’s focus “is repeatedly splintered,” which ruins “much chance for emotional concentration and, consequently, the possibilities for being truly moved.”

Helen Shaw (Vulture) says the production is “mortally divided” and “done to death” with an “odd, juddering quality.” While Shaw says that the video “utterly overpowers the stage while also feeling like an afterthought,” she acknowledges some strong aspects of the production: Shaw calls Yesenia Ayala, who plays Anita, a “profoundly effective actor and astounding dancer,” applauds Pimentel’s “keenly lovely” soprano voice, and praises Powell’s “superb” Tony, calling his performance of the classic song “Maria” “revelatory, a show-and-heart-stopper.”

Adam Feldman (Time Out New York) gives the production four-out-of-five stars, calling it “bold,” “often thrilling,” and “frequently revelatory,” if not “sometimes murky.” From the cast, he applauds the “exceptional” Powell––commending him for making this production the only one he’s seen in which “Tony emerges fully and compelling as the show’s central character”––and Pimentel for her “gorgeous soprano” and her acting of the “difficult final monologue.”

One of the factors working in this production’s favor at the Tony Awards is the limited competition it has in the Musical Revival category with just two other contenders –“Company” and “Caroline, or Change.” “West Side Story” only needs to sway a simple majority of Tony nominators to select “yes” on an up-or-down vote on its nomination, which is the voting process for show categories with three or fewer contenders. Although divisive, this production just might be able to get the 28 votes needed from this year’s 54-member nominating committee to land a bid.

Some of van Hove’s directorial choices––from cutting “I Feel Pretty” and the ballet that accompanies “Somewhere” to diverting from Robbins’ original choreography altogether––have irked theatre purists, which could alienate a significant enough size of the nominating pool. Additionally, the casting of Amar Ramasar as Bernardo has thrown a pall over the production because of a previous sexual misconduct scandal during his time at the New York City Ballet.

The acting categories might otherwise prove the most fertile ground for this production at the Tonys, especially with the muted response to or criticism of its design elements. Although the character of Tony has never been an awards magnet––indeed, no Tony has ever been nominated before––Isaac Powell might make history and land a nomination over six decades after Larry Kert originated the role.

Maria and Anita, on the other hand, have fared far better with awards kudos over time. Actresses playing Maria picked up nominations in 1958, 1980, and 2009, though no actress has taken home a trophy, while Anita nabbed nominations for the last two revivals and led to Karen Olivo’s Tony win in 2009. Though this track record is strong and could bode well for Shereen Pimentel and Yesenia Ayala, competition in those races will be particularly strong this season, which might shut them out, too.