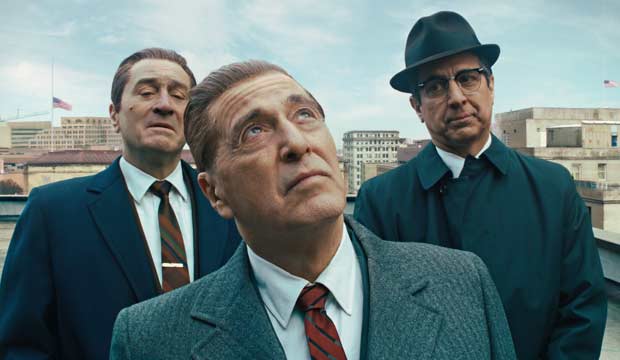 Breaking down the precursor awards — both nominations and winners — as well as the top Oscar nominations by categories gives us 35 key races that will determine the strongest films at the Academy Awards. After the Golden Globes, “Once Upon a Time in Hollywood” led “The Irishman” by a score of 11 to 8.

The WGA Awards announced nominations on Monday and 10 films each earned a tick. (Don’t look for “Once Upon a Time” in this list as writer/director Quentin Tarantino refuses to join the guild).

Here’s how these affected the table: 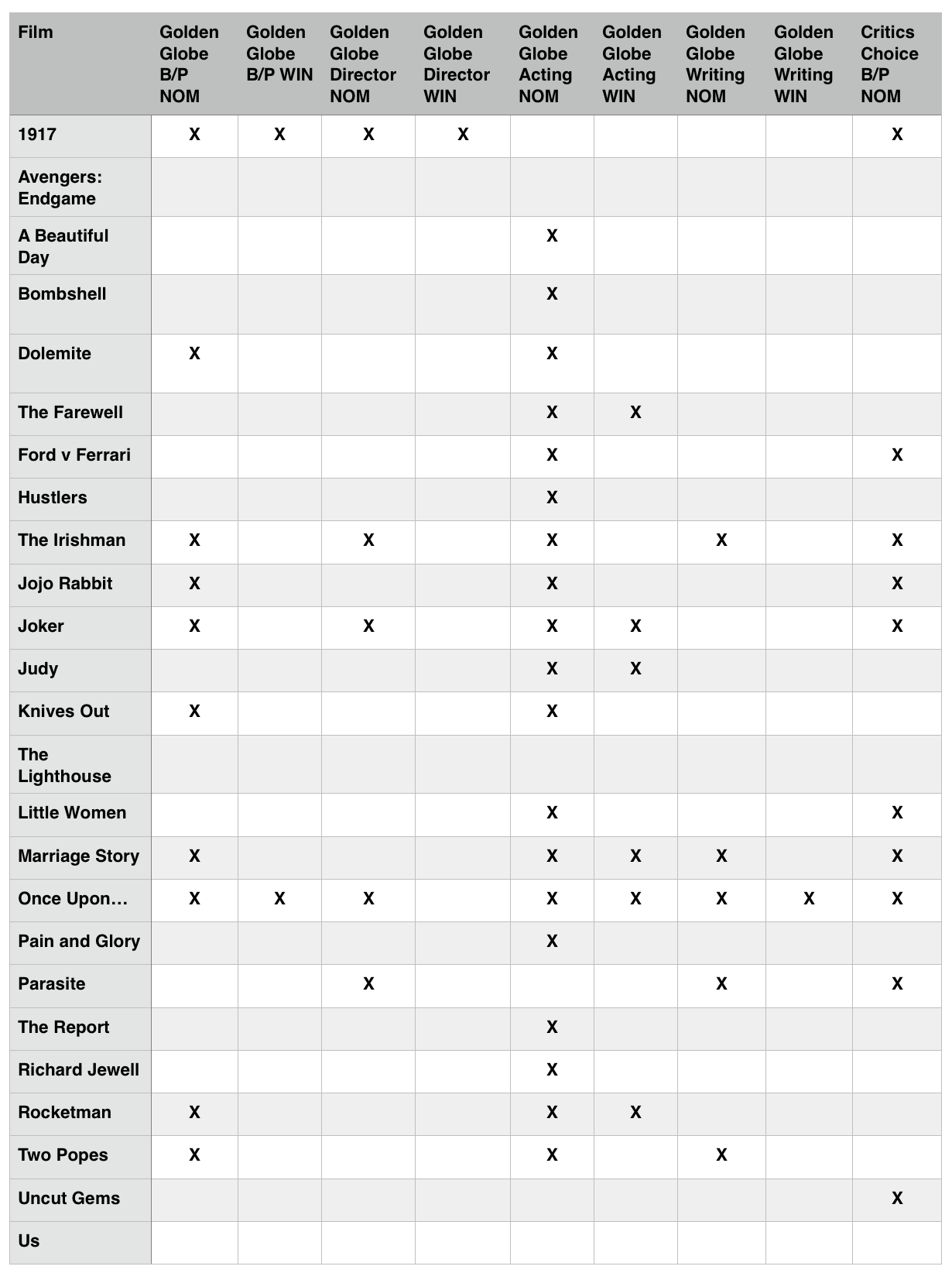 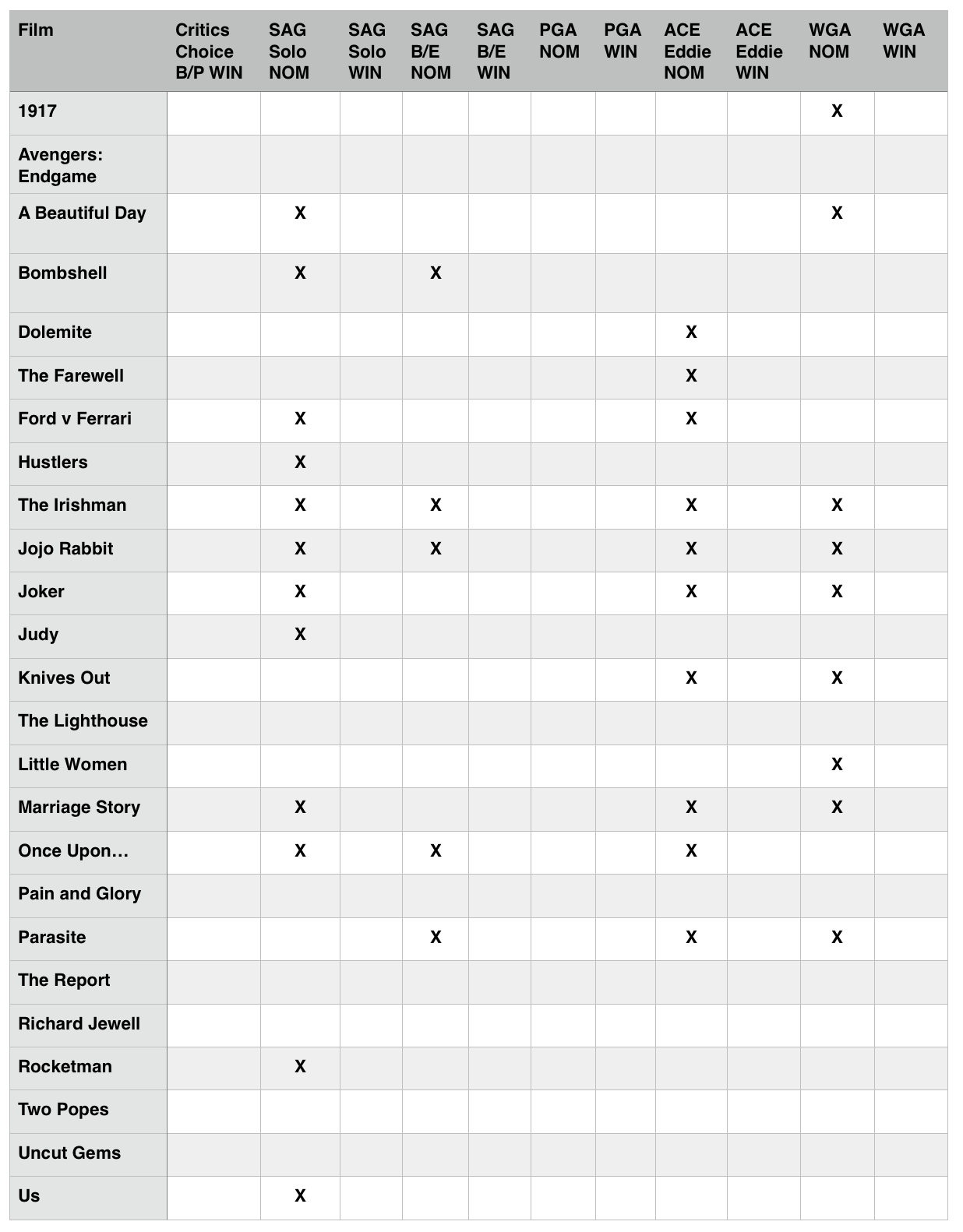 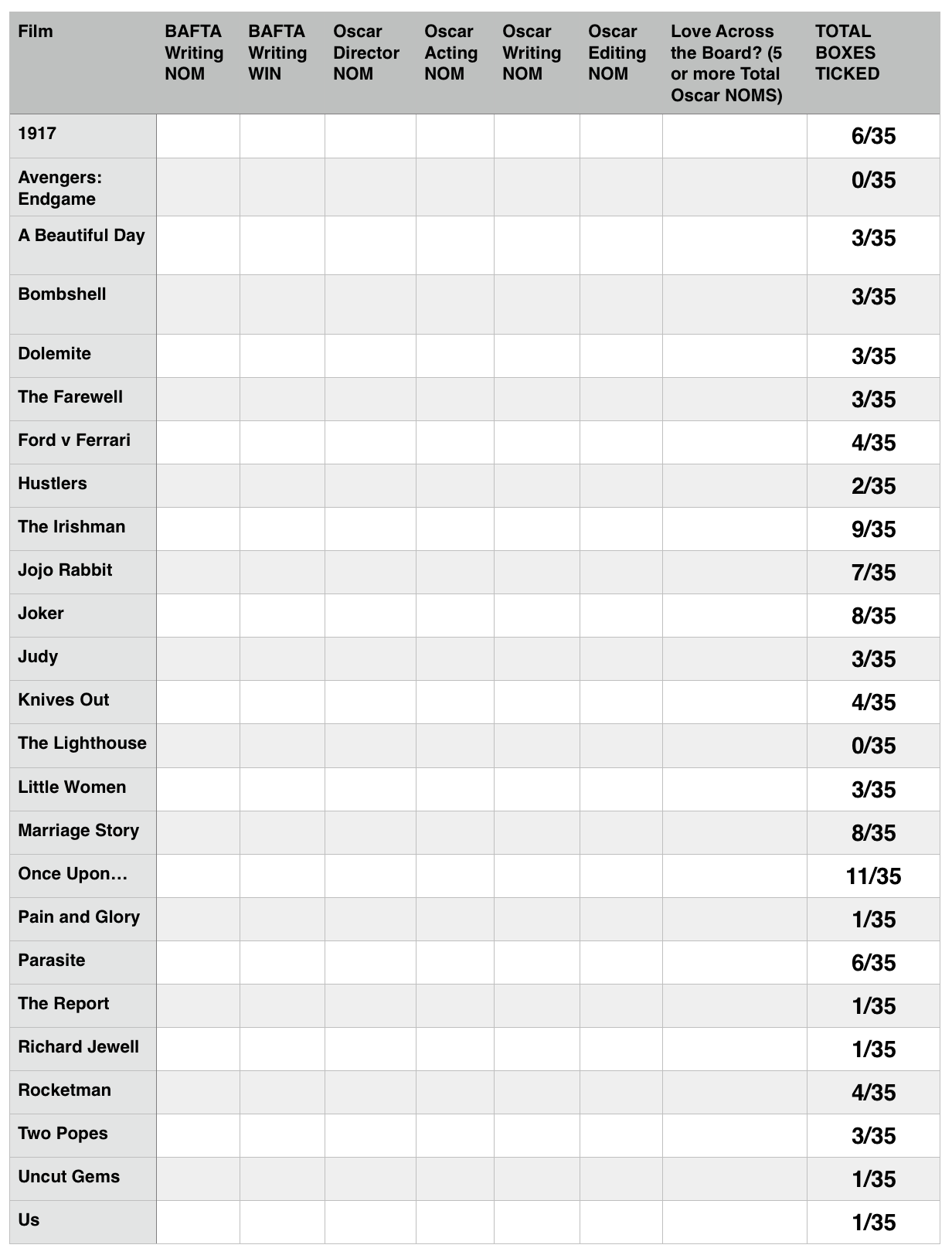 Scorsese’s film is now two boxes behind Tarantino’s on nine but just one ahead of both “Marriage Story” and “Joker,” which were also cited by the WGA.

“Jojo Rabbit” adds another tick here to get seven and keeps the pace – just about. “1917” continues its momentum with another box ticked and “Parasite” remains a contender, too; oth films have six boxes ticked. “Little Women” finally starts moving with a bid here – though this is only its third box of the entire awards season. A disappointing showing.

The BAFTA, DGA, and PGA nominations all announce on Tuesday. A total of six boxes are up for grabs – meaning that the below league table could change greatly. Will any film managed to get all six? Stay tuned to find out.