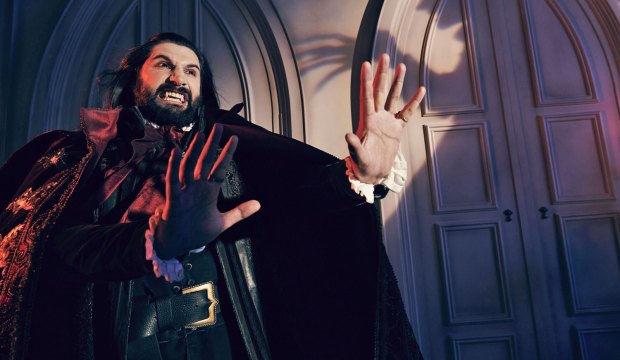 FX‘s vampire mockumentary series “What We Do in the Shadows” ended its second season on June 10. It’s the story of immortal blood-suckers adapting to life in modern-day Staten Island, and it’ll be nominated for Best Comedy Series at the Emmys, according to a couple of our Top 24 Users who got the highest scores predicting last year’s nominations.

Eastwest and Ryan F had among the very best predictions out of more than 3,000 users who bet on last year’s nominations, and they’re going out on a limb for a nomination for the vampire series, which aired at just the right time to be fresh in Emmy voters’ minds. It also earned a pair of Creative Arts nominations in 2019 for its cinematography and sound editing, though none in telecast categories. And it was created by Jemaine Clement, based on the 2014 film he co-wrote and co-directed with Taika Waititi; Clement has been an Emmy favorite with eight nominations to date, though no wins.

But it’s hard out here for vampire shows, though the times have been changing. Two decades ago “Buffy the Vampire Slayer” was regularly snubbed in top categories, but HBO’s “True Blood” broke through with a nomination for Best Drama Series in 2010, and the “American Horror Story” franchise has brought the supernatural to longform categories, including eight bids and two wins for its vampire season, “Hotel,” in 2016.

Unsurprisingly, vampires haven’t shown up in the race for Best Comedy Series, but the television academy has been open to the otherworldly, like recent nominees “The Good Place” (set in the afterlife) and “Russian Doll” (a metaphysical show about a woman who repeatedly dies and comes back to life). Before that, “Mork and Mindy” and “3rd Rock from the Son” were nominated for stories of aliens on Earth. And the witches of “Bewitched” put a spell on the academy.

So there’s precedent for fantasy in the top category, and the door has been blown wide open in this year’s race for Best Comedy. For starters, four 2019 nominees aren’t eligible to return: “Veep” and reigning champ “Fleabag” ended their runs last season, while “Barry” and the aforementioned “Russian Doll” didn’t have any new episodes during this eligibility period. On top of that, the Emmys recently decided to expand the top category from seven to a guaranteed eight nominees, so there’s even more room to navigate.

But there are a lot of shows trying to capitalize on that newly available real estate. Are these top users right that “What We Do in the Shadows” will be one of them?