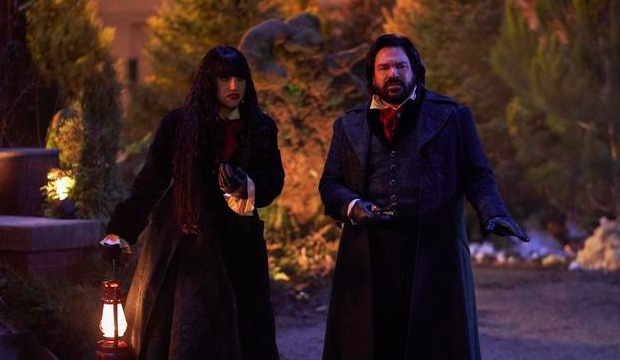 “What We Do in the Shadows” surprised with eight Emmy Award nominations this summer for its second season on FX, quadrupling its haul from last year. None of these are for acting, but do not count it out of the Best Comedy Series race yet. The Emmys have awarded five Best Comedy Series that they snubbed for acting. “Art Carney Special,” “The Bob Newhart Show,” “The Jack Benny Program” and “The Monkees” achieved the feat in the 1960s. It was 21 years until the next instance, when “The Wonder Years” won for its 1988 debut, with its only other nomination being for Best Comedy Writing. “The Wonder Years” went on to sweep up wins from the Casting Society, Directors Guild, Television Critics Association and Writers Guild for its first season, before exploding to 14 Emmy nominations for its second, including three for acting.

With that second season, “The Wonder Years” became the fifth in Emmy history to occupy at least three Best Comedy Writing slots simultaneously. “What We Do in the Shadows” is the ninth, with all three of its submissions nominated: “Collaboration” by Sam Johnson and Chris Marcil, “Ghosts” by Paul Simms and “On the Run” by Stefani Robinson. The last was “30 Rock” in 2009, with heavyweights like “Atlanta,” “Russian Doll” and “Veep” each going only two for three in recent years. Only “The Larry Sanders Show” of the eight before “What We Do in the Shadows” never won Best Comedy Series at some point during its run.

SEE‘What We Do in the Shadows’: Does it have the write stuff to win Emmy for Best Comedy? It has a rare 3 noms for its scribes

Jemaine Clement and Taika Waititi‘s vampire mockumentary has considerably greater support from the writers’ branch now than it had last year, when it failed to get its lone submission nominated. Gold Derby’s combined odds favor “Collaboration” over “Ghosts” and “On the Run,” but this is inexplicable. “On the Run” has what it takes to overcome vote-splitting the way that the “Marcia, Marcia, Marcia” episode of “The People v. O.J. Simpson” did for Best Movie/Limited Writing in 2016, the year that the Emmys introduced plurality voting (and vote-splitting).  “Marcia, Marcia, Marcia” was the clear favorite among viewers of the three episodes nominated, with an 9.0 IMDb rating, opposite 8.6 for “From the Ashes of Tragedy” and 8.5 for “The Race Card.” “On the Run” similarly rates 8.8 opposite 8.2 for both “Collaboration” and “Ghosts.” Nothing was triple-nominated for writing the last three years.

“On the Run” writer Stefani Robinson is a past nominee in this category for “Atlanta” and stands out in the category this year not only as the only female nominee, but also the only Black one amid Black Lives Matter’s call to action to support Black artists. The other seven nominees are white men, which is typical for the category, but one has not won in five years. A woman has won in each of the last three years.

“What We Do in the Shadows” also boasts key nominations below the line in the likes of Best Half-Hour Production Design, a category that has only existed the last six years. The only Best Comedy Series not nominated for its production design in the last six years was “Fleabag,” which was likely the result of timing. “Fleabag” surged late last Emmy cycle; it was later nominated for Best Half-Hour Production Design by the Art Directors Guild, which shares voters with the Emmy category.

SEEour live “What We Do in the Shadows” video chat.