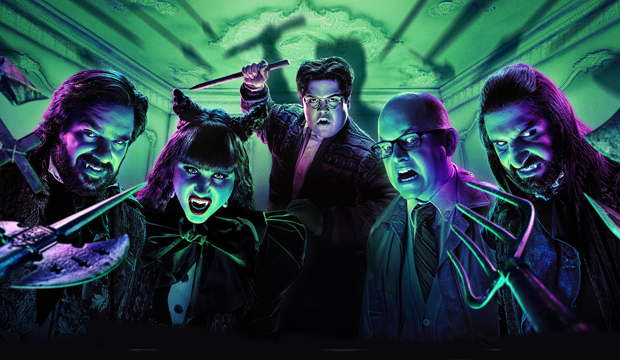 “What We Do in the Shadows” had a major showing in Emmy nominations this year, landing eight bids including Best Comedy Series. (It probably would have even won some if not for that bloody “Schitt’s Creek” sweep.) The Emmy writers’ branch showered “What We Do in the Shadows” with recognition for three different episodes, proving just how much the industry has embraced the FX comedy. The question now becomes whether the vampire comedy can continue its momentum into the winter award season with organizations like the Golden Globes.

The Hollywood Foreign Press Association, which votes on the Golden Globes, tend to prefer brand new shows, but “What We Do in the Shadows” failed to earn any recognition for its first season last year. That could make it difficult to crack the lineup for Best Comedy/Musical Series, but Gold Derby predictors are optimistic about its chances. The series currently ranks fourth in odds for predicted Comedy Series nominees, behind recent Emmy champ “Schitt’s Creek” and two Hulu comedies, “The Great” and “Ramy.”

Stars Matt Berry, Kayvan Novak and Natasia Demetriou are all expected to miss in favor of bigger names at the moment, but considering how much the Globes like to dole out pairs of nominations for a series and one of its stars, none can be fully counted out.

“What We Do in the Shadows” arguably saw an uptick in buzz for its second season, which can sometimes outweigh the show not being new. Last year, two zeitgeist shows in their second seasons won the top Golden Globe prizes, “Succession” and “Fleabag,” after not getting a single nomination for their respective first seasons.

FX’s popular comedy might not have penetrated the culture just yet on the level of “Succession” or “Fleabag,” the Golden Globes also really like to be the first group to properly crown a show. Winner discussion may still be far away, but it’s safe to say that “What We Do in the Shadows” is in the hunt to at least make a showing at the coming Golden Globes.