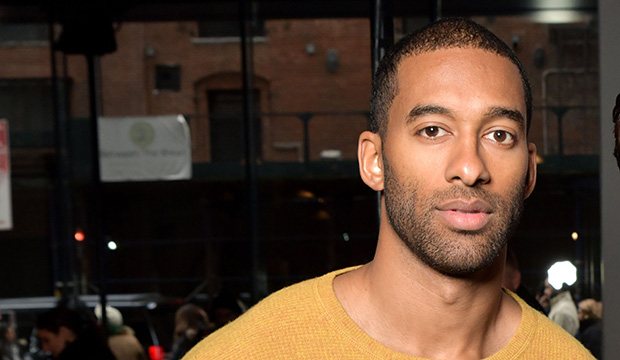 Matt James has accepted the rose to become the first black Bachelor in franchise history. James, whose casting was announced Friday on “Good Morning America” after repeated calls from fans and alums for the franchise to fix its diversity problem, is now also the first Bachelor since Matt Grant in 2008 to not have competed on a prior season of “The Bachelorette.” But he’s not a complete newbie to Bachelor Nation.

So until “The Bachelor” can (hopefully) premiere as planned in 2021, here are nine things to know about the first black Bachelor.

1. The basics
James is a 28-year-old real estate broker and community organizer. A native of Raleigh, N.C., he graduated from Wake Forest University in 2015 with an economics degree. He and Cameron moved in together in New York City last October.

2. He and Cameron met in college
And they’ve been BFFs since. The pals run a charity, ABC Food Tours, and were in the “quarantine crew,” which included Brown, in March in Cameron’s hometown of Jupiter, Fla. Cameron was with James Friday morning as he did his “GMA” interview following the casting announcement. 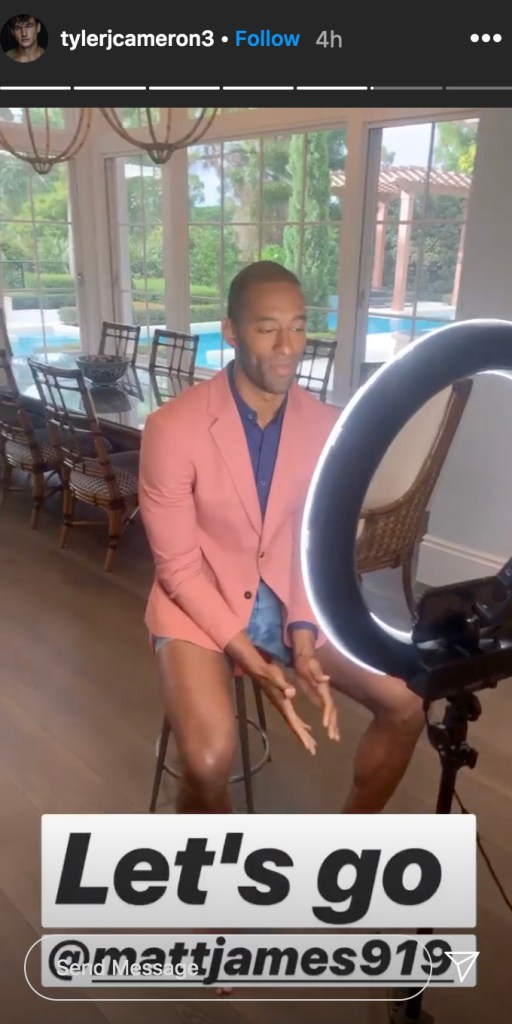 3. He tried out for the NFL
A wide receiver, James was a three-star recruit out of high school and played on his college team. After college, he had tryouts with the Carolina Panthers and New Orleans Saints, but did not make the cut. Afterwards, James changed gears and worked as an analyst at PNC Bank in Pittsburgh. In 2017, he got a job at CBRE in New York City, where he is now an associate.

Praise will confuse the enemy! 🙏🙌 God is Good! #TooBlessedToBeStressed

4. He is a foodie
James’ and Cameron’s Instagrams are littered with posts of them eating delicious goodies.

… 20 years later when #Myler gets together after a weekend away . @mattjames919

5. He and Cameron started ABC Food Tours in 2018
The nonprofit serves underprivileged children in the New York City area, taking them on food and fitness tours to local restaurants at no cost.

“My favorite part of running ABC is working with kids! They’re at an age where they’re super impressionable. No one is born racist or rude; these are all traits that are acquired through influence and experience,” James told DeacLink in 2019. “If you can positively influence these students at this age, you can potentially change the course of their lives. Also, I love seeing our students try new foods! We went to Blue Ribbon Sushi recently and it was so rewarding watching these 3rd and 4th graders try sushi for the first time. We encourage them to try everything. The kids don’t’ have to like it but they’re able to speak as to why they do or don’t by the end of a tour.”

Starting next week, @abcfoodtours will host “Recess” on IG Live everyday for all students confined to their apartments 🙏🏽 . Students should expect 30 minutes of fitness & a portion dedicated to learning the latest Tik Tok dance everyday 🕺🏾 . Big ups to @tonehouse (@jfit4life_) & @bobwhitecounter for continuing to support our students 🙌🏽 . If you’re in the fitness (or Tik Tok) community interested in hosting Recess, slide in @abcfoodtours DM’s 🕺🏾 . Feed | Educate | Giveback . 🎬: @mrhandler x @handled.ent

6. He was supposed to be on “The Bachelorette” Season 16, which did not start production before lockdown
James was one of the 32 men originally announced as part of Crawley’s cast. The season has been indefinitely delayed due to the coronavirus pandemic. The show, which was criticized for assembling a very young cast for the 39-year-old, is using the time to recast since no footage had been filmed yet.

7. The minor drama with Clare
In April, Crawley appeared to have subtweeted James when she tweeted: “If you are doing interviews and creating Cameo accounts before you are even on my season… you are in it for the wrong reasons… #dontwasteyourtime. Respect the opportunity you’ve been given. Respect the rules. Respect me. @BacheloretteABC.”

James had created a Cameo account — proceeds of which were going to charity — and had been doing press for various charities, including ABC Food Tours, in the wake of the pandemic. Bachelor Nation quickly came to James’ defense, and Crawley slightly walked back her comments, saying that she was referring to multiple men, though James was the only one doing interviews.

James indirectly addressed the kerfuffle in an Instagram Story: “For those of you who may have missed the messaging earlier this week, myself and Alex Bachman, my former teammate and current New York Giants wide receiver, have pledged all of our Cameo earnings to the Robin Hood Foundation to fight this fight.”

8. He was still going to do “The Bachelorette” after that brouhaha
Fans, naturally, began to worry if James would drop out of Crawley’s season. Chris Harrison said at the time that, as far as he knew, James was still part of the cast. Cameron later said he hoped his bud and Crawley can have a conversation about it.

In his interview on “GMA,” James confirmed that he had still planned on being part of “The Bachelorette” until the “Bachelor” gig came along. “My first reaction was, does this mean I don’t get to meet Clare? Because I was looking forward to meeting her,” he said. “I had set aside all this time and we had gone out to California and were called back with quarantine, so I’m super excited for her and her season, but I’m looking forward to meeting her eventually.”

9. His goal as the first black Bachelor
Calling it an “honor” to be the first black leading man, James said on “GMA” that his casting is a “step in the right direction” and he hopes to show that “diverse love stories are beautiful” to a wide audience. He’s also looking for a “selfless, honest, caring, compassionate” partner. “Those are qualities found in women in all shapes, sizes and races,” he said. “It’s not a black or white thing, so I’m hoping that when that limo pulls up, there’s a lot of diversity and I see every type of woman coming out of that limo.”