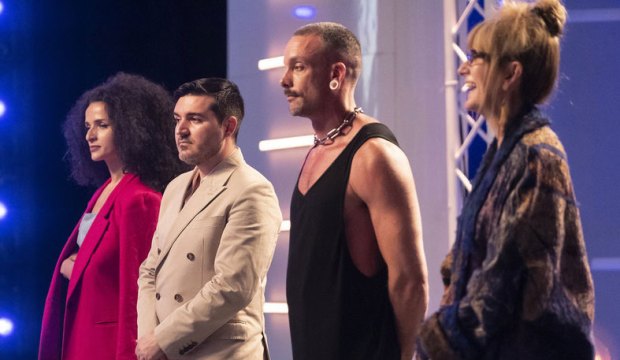 The “Project Runway” two-part finale starts tonight, but who deserves to win now that the competition is down to its final four? We asked our readers who they think the rightful champ should be between Victoria Cocieru, Sergio Guadarrama, Geoffrey Mac and Nancy Volpe-Beringer. Scroll down to see our complete poll results.

Mac is the front-runner to win according to the combined predictions of our users, and he’s also the designer that fans are rooting for the most by a wide margin. He got more than half of the vote (59%) as the designer most deserving of the title. Over the course of the season he struggled with self-confidence, but he came into his own near the end of the season with his second win in “Live and Let Tie Dye” and then advancing to the Fashion Week finale with his innovative use of latex in “The Height of Avant-Garde Fashion.” As judge Nina Garcia pointed out when deliberating in that avant garde challenge, he has actually gained momentum as the season has progressed.

Ranked second in our poll with 22% is Volpe-Beringer. She has been an underdog all season, and she’s actually the least likely to win the show according to our odds, but she too has gained momentum over the course of the season. She won her very first challenge in week 11, “Olympic Game Plan.” And her sculptural use of horsehair in the avant garde challenge gave the judges a better sense of her identity as a designer. “Runway” winners skew young, so Mac in his early 40s and Volpe-Beringer in her mid-60s would both set a new record as the oldest winner in the show’s history.

Trailing with 11% is Guadarrama, whose arrogance and defensiveness has turned off the judges (and much of the viewing audience). He’s an excellent craftsman, but he often refuses input, rejects criticism, references famous designers without seeming to realize it, and he insists on accessorizing with political themes whether they have anything to do with the challenge or not.

Cocieru ranks last with 8% of the vote even though our users think she’s the second most likely to actually win the competition. The judges have loved her signature style — lots of asymmetry, straps and cutouts — so much that she got more high scores than any other designer. But she also has a tendency to repeat herself. Perhaps fans are skeptical that she’ll have anything to show in her collection that we haven’t seen already.

So whose team are you on? 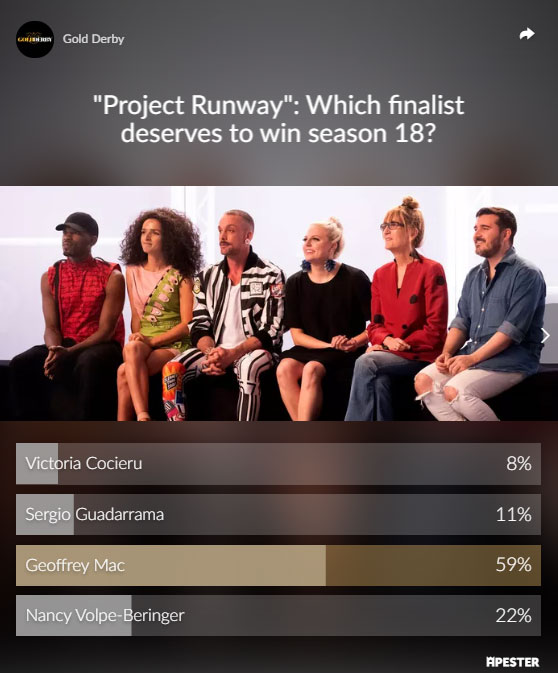