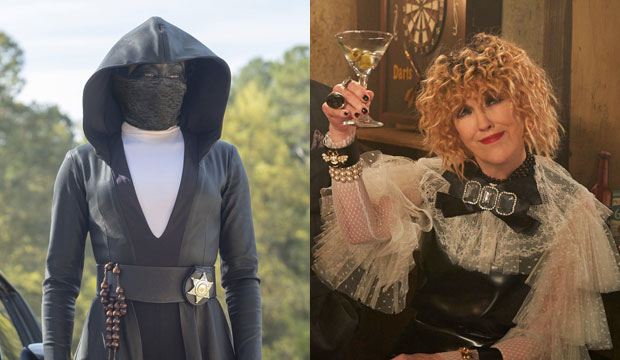 We’ve spent months predicting the 2020 Emmys, so now that nominations were finally announced on July 28, who’s out front to actually win? Some shows exceeded our expectations, while others relatively under-performed. Here’s where I think things stand as of now.

“The Mandalorian” — Most of us weren’t predicting the Disney+ sci-fi adventure to be nominated at all, but now that it has been nominated 15 times, we have to consider it a threat to win. That makes it the third most nominated drama of the year, and given the quality of its production values it could come away with one of the biggest win totals of any show. Could that include a surprise victory in the top category?

“Schitt’s Creek” — The television academy backed the truck up to this Pop TV sitcom. It finally broke through last year with four nominations. This year, for its final season, it’s nominated 15 times. The fact that it got that many when it’s not as lavish a show as, say, “The Marvelous Mrs. Maisel.” is a coup. Heck, it got more nominations than blockbusters “The Crown,” “Westworld” and “Stranger Things.” Voters clearly adore the show.

SEEHere are the 34 first-time acting Emmy nominees this year

“Succession” — It’s tied for the most Emmy nominations among dramas with 18. We were expecting the show to do quite well, but just as important is where the show did even better than we thought it would. Specifically, it got every acting nomination we were predicting, plus two more. Nicholas Braun joined his co-stars Kieran Culkin and Matthew Macfadyen in the race for Best Drama Supporting Actor, And Harriet Walter was nominated alongside Cherry Jones for Best Drama Guest Actress. When you add that to the show’s nominations for writing, directing, casting and picture editing, among many others, this could be the show to beat for the top prize.

“Watchmen” — Not only was it the most nominated program of the year, it was the most nominated by a huge margin. It has 26 bids, followed by “Maisel” with 20. But not only that, it swept some categories where it had multiple submissions with noms for three supporting actors, two cinematographers, three directors and three editors. It even got three nominations for music. Across multiple branches, it looks like this is the academy’s favorite show of the year.

“What We Do in the Shadows” — Like “The Mandalorian,” this is a nominee that most of us weren’t even anticipating. But lest we write it off as a filler choice in a category newly expanded to eight nominees, the show was also nominated seven other times including for its picture editing, casting and three times for its writing. This may be a stealth contender to win.

“Better Call Saul” — With seven nominations including Best Drama Series, the fifth season of the “Breaking Bad” prequel did pretty well for itself. What’s notable is where it’s missing — they didn’t nominate Saul! Bob Odenkirk was snubbed for Best Drama Actor for the first time since the show has been on the air, and it may be hard to win the top prize when your leading man is absent.

“The Handmaid’s Tale” — As with “Better Call Saul,” Emmy voters nominated “The Handmaid’s Tale” for Best Drama Series without nominating the handmaid: Elisabeth Moss was left out of Best Drama Actress. Overall the show received 10 noms, which is fewer than the show got last year when it only had three episodes eligible. It did get three other acting nominations, though, so it may not be completely out of this race.

SEETop 45 Emmy nomination shockers: ‘The Mandalorian,’ ‘What We Do in the Shadows,’ Brad Pitt as Dr. Fauci and more

“The Marvelous Mrs. Maisel” — More like, exactly the same. It received 20 nominations this year, the same as last year. But even with that many nominations it didn’t win Best Comedy Series in 2019, and for a show whose snappy dialogue is such a major draw, its lack of a nomination for writing is concerning. But it could still make a killing. Its actors and crafts powered the show to record eight Emmys in 2018 (more than any other comedy in a single year) and another eight Emmys in 2019. It could do as well or better in 2020.

“Mrs. America” — How you look at the show’s 10 nominations depends on whether you see the glass as half-full or half-empty. The good news is that it earned an impressive four acting noms and key citations for writing, casting and picture editing. Unfortunately, the show was left out for its directing, and its total noms are eclipsed by “Watchmen’s” massive haul. It now looks like an underdog in this race, but you still can’t count out a historical drama starring beloved Oscar winner Cate Blanchett.

“Ozark” — It’s tied with “Succession” as the most nominated drama with 18, so the race for Best Drama Series is still neck-and-neck. But where’s Tom Pelphrey? We thought he had a strong chance to win Best Drama Supporting Actor, but the show’s only acting nominations are for Jason Bateman, Laura Linney and Julia Garner. That doesn’t mean it can’t win, though. Consider last year’s Best Limited Series race where “Chernobyl” ended up beating “When They See Us,” which had a much more heavily nominated cast. It’s a tight race.