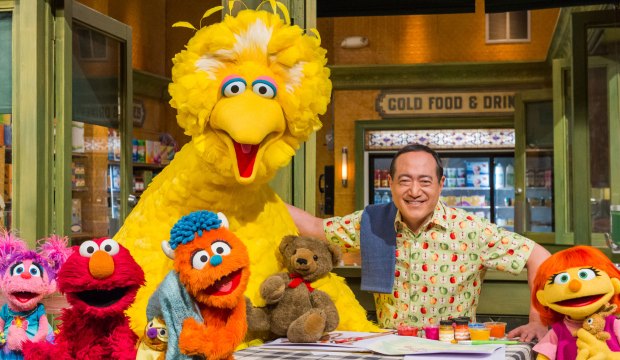 The long-running series “Sesame Street” got a 50th birthday present at the 2020 Daytime Emmys for children’s, animated and lifestyle programs, which streamed on Sunday night, July 26, during a live ceremony hosted remotely by Loni Love (“The Real”) due to the ongoing COVID-19 pandemic. “Street” won Best Preschool Children’s Program, as it has done many times before. Check out the complete list of winners here.

But there was a wide array of winners celebrated during the virtual event. Tom Kenny won his second career Emmy for voicing the title character in “SpongeBob SquarePants.” “Dirty Jobs” alum Mike Rowe won his first Emmy for hosting “Returning the Favor.” Apple TV+ got on the board in its very first eligible year, winning Best Children’s/Family Series for “Ghostwriter.” And other top program awards went to “The Dragon Prince” (Best Children’s Animated Series), “Trinkets” (Best Young Adult Program), “The Zimmern List” (Best Travel/Adventure Program) and “George to the Rescue” (Best Lifestyle Series), among others.

Additional categories were announced on social media after the streaming ceremony ended. They included Best Culinary Host, which went to Giada De Laurentiis for “Giada Entertains,” and Best Informative Talk Show Host, which was won by Tamron Hall for her self-titled series. The prize for entertainment hosts went to Kelly Clarkson on June 26, so both hosting awards went to brand new shows this year. What did you think of the winners? And how would you rate the online ceremony?