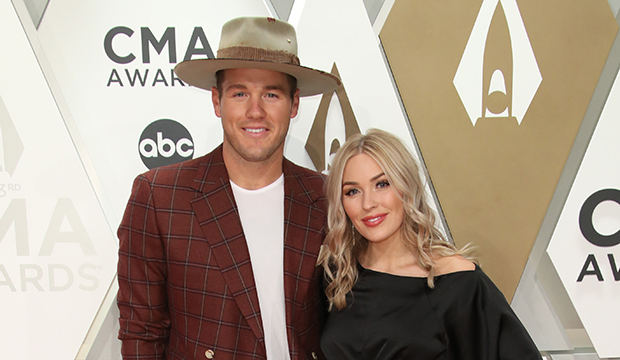 Why did Colton Underwood and Cassie Randolph break up? Well, no on really knows except them, and she’s tired of all the rumors.

In a series of Instagram Stories on Monday, the 25-year-old denied the “false stories” that have been published about their split, including that she wasn’t ready to get married while the “Bachelor” star was.

“The ending of our relationship had nothing to do with me not being ‘ready’ for something more. Nothing,” she wrote, adding “fake news” and “nope” over the post.

She added that she doesn’t know who “these ‘credible sources'” that have spoken to outlets are and urged her followers not to believe everything they read. “And I’m sick of people who are quick to judge and assume. You have no idea what went on in our relationship, so stop jumping to conclusions,” she said, “And articles that are about my family not liking Colton??? For real? My family loves him so please get your facts straight. This is honestly ridiculous.”

SEE ‘The Bachelor’s’ Colton Underwood and Cassie Randolph break up

The pair announced their breakup on Instagram on Friday afternoon following weeks of rumors after Underwood returned home to Colorado by himself last month, two months after he recovered from COVID-19 at Randolph’s family home.

“It’s been a crazy few months to say the least, Cass and I have been doing a lot of self-reflecting,” he wrote. “Sometimes people are just meant to be friends — and that’s okay. We both have grown immensely and been through so much together — so this isn’t the end of our story, it’s the start of a whole new chapter for us.”

In her post, Randolph said that they will still “remain a part of each others lives. With all that we have gone through, we have a special bond that will always be there. I love Colton very much and have an enormous amount of respect for him. We have both learned and grown so much these past couple years, and will always have each others back. Always.”

Underwood, 28, and Randolph were together for a year and a half after he won her back on the “Bachelor” finale, though he did not propose. They split for two days last August over communication issues before reconciling. In March, Underwood released his memoir, “The First Time: Finding Myself and Looking for Love on Reality TV,” in which he said that “an engagement is something we’d both like to see this year.”