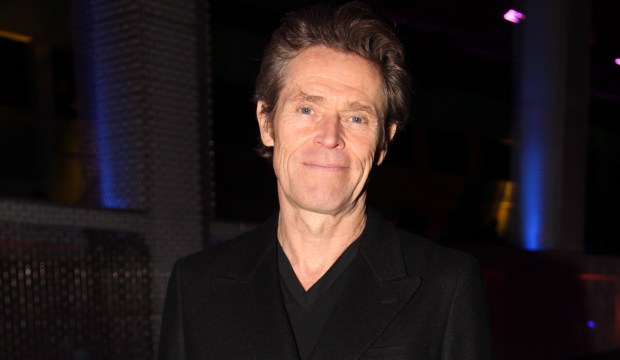 Poor Willem Dafoe. This four-time Oscar-nominated actor was supposed to be part of an ensemble cast for two highly anticipated awards season contenders this fall. He plays a prisoner in Wes Anderson‘s valentine to journalism, “The French Dispatch.” And in Guillermo del Toro‘s noirish thriller “Nightmare Alley,” he plays the head barker of a traveling carnival who hires Bradley Cooper and introduces him to the world of showbiz and grifting.

But then the coronavirus pandemic got in the way and movie theaters had to shut and, in the case of “Nightmare Alley,” production on the remake of the 1947 original that starred Tyrone Power, was halted on March 13. There is a slight hope that filming can start up again but it seems unlikely. Meanwhile, Disney opted to pull “Dispatch,” which was supposed to premiere at the canceled Cannes Film Festival in May and open in July in multiplexes, from its release schedule.

Sadly, that means it is likely he will have to wait until 2021 or beyond for another chance to grab a long-in-the making Oscar win. Still, the 59% of Dafoe fans who participated in our poll think he is the most deserving previously nominated supporting actor to win. The versatile performer earned his first Academy Award ballot spot by playing a sergeant during the Vietnam War in 1986’s “Platoon.” He also competed for supporting roles in 2000’s “Shadow of a Vampire” as silent actor Max Schreck and as a kindly manager of a motel in 2017’s “The Florida Project.” He graduated to a lead candidate as troubled artist Vincent Van Gogh in 2018’s “At Eternity’s Gate.”

Luckily, the films that feature the other supporting candidates in our poll were finished before COVID-19 was an issue. Lucas Hedges, the young actor who was nominated for his supporting role in Kenneth Lonergan‘s emotional 2016 family drama “Manchester by the Sea,” collected 28% of the vote. He could score number-two for his role in “French Exit” as the son of Michelle Pfeiffer‘s nearly destitute widow who moves to Paris with her son and a cat who she believes is her reincarnated husband; that film was recently announced as the closing night selection at the 2020 New York Film Festival.

As for much-beloved character actor Richard Jenkins, he earned his first Oscar bid for a rare lead role in 2008’s “The Visitor” as a lonely middle-aged man who helps an immigrant couple in post-9/11 New York City. Then he competed in the supporting category for his closeted gay man during the Cold War in 2017’s “The Shape of Water.” Jenkins could be on the ballot again as a senior citizen who shares a life of swindling and scamming with his accomplice wife (Debra Winger) in Miranda July‘s “Kajillionaire.” In our poll, 8% think he is most in need of a statuette.

Journeyman actor David Strathairn‘s lone nomination for a lead Academy Award was as legendary newsman Edward R. Morrow in the George Clooney-directed “Good Night, and Good Luck.” He joins Frances McDormand in Chloe Zhao‘s “Nomadland,” about older American workers who travel in campers in search of employment. Strathairn also has a part in the aforementioned “Nightmare Alley.”