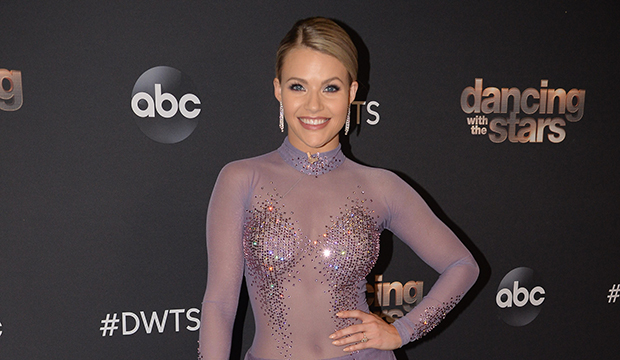 There’s another “Dancing with the Stars” baby on the way: Witney Carson is expecting her first child with her husband Carson McAllister.

“Baby McAllister coming Jan 2021!!!!! We can’t even contain our excitement and joy right now,” Carson posted on Instagram on Thursday with two shots of her holding a sonogram and pregnancy stick as McAllister hugs her. “We love this little bean so much already and we can’t wait to start this beautiful chapter in our lives!”

The 26-year-old, who won Season 19 with Alfonso Ribeiro, also posted an Instagram Story about the big news, captioning it, “We are beyond excited and so grateful.”

Baby McAllister coming Jan 2021!!!!! We can’t even contain our excitement and joy right now🙏🏼😭❤️ We found out together with @clearblue , which was so surreal and special! Getting our results in words made this whole thing that much more real! We love this little bean so much already and we can’t wait to start this beautiful chapter in our lives! #15weekspregnant #mcallisterbaby #clearbluepartner #clearblueconfirmed 📸: @jenanderson_photography

Carson and McAllister have been together for nine years, marrying on New Year’s Day 2016.

Carson’s announcement comes two months after her BFF, and fellow pro and “So You Think You Can Dance” alum Lindsay Arnold revealed that she was pregnant with her first child, due in November (imagine being pregnant at the same time as your BFF!). This means Season 29 of “Dancing” will be down two stalwart female pros this fall.

After making her pro debut in Season 18 in 2014, Carson has not missed a single season. She finished in second place the past two outings with Milo Manheim (Season 27) and Kel Mitchell (Season 28).

“Dancing’s” female pro lineup has been very sturdy and reliable in recent years (save for when the show abruptly dropped reigning champ Sharna Burgess last season) — all the female pros on Season 28 had won before. So, in other words, a new host won’t be the only notable shake-up next season.

“Dancing” is scheduled to return in the fall on Mondays at 8/7c on ABC.