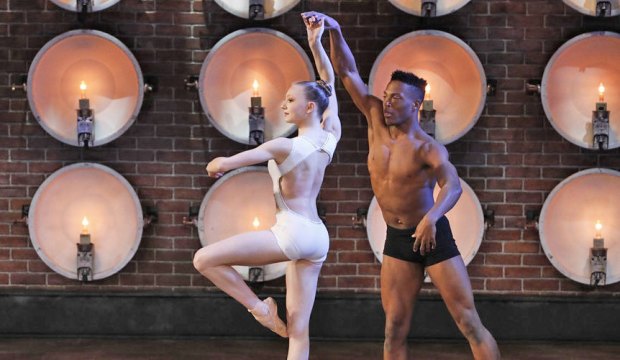 “World of Dance” ended its fourth season on Wednesday night, August 12, and MDC 3 made history as the first contemporary dancers to win the show after three straight seasons of hip-hop/street performers taking the grand prize. They had the judges’ favorite routine on the final night of the competition, but what were the best routines of the whole season? Now that we’ve seen every performance from every contestant this year, scroll down for my take on the best of the best routines the show had to offer this summer. Watch those performances, and let us know if you agree below in the comments or here in our forums.

This season’s format was different than in previous years, which meant we got to see these dancers in different contexts: during the Qualifiers there was no audience and no flashy stage setting, just the dancer, the music and the judges on a spare warehouse set. The Duels brought in a small audience but kept the dancers in that warehouse, so they had a chance to play to a crowd for the first time. And in the Semi-Finals and World Final, they at last made it to the main stage where they were accompanied by the show’s usual dramatic lighting effects.

You’d think the best performances of the season would have come towards the end with all those bells and whistles. And some of them did. But many of the most indelible routines happened in round one when it was just the dancers and a song. It goes to show that great dancing doesn’t always need a grand production number to set it apart. So check out my countdown of the top 12 below.

SEE‘World of Dance’ winners MDC 3: Watch every routine by the historic champions of season 4

This performance wasn’t quite good enough to get him to the World Final (though I think the judges underscored him). But it was the best combination of his emotionality and athleticism. And it was good enough that judge Derek Hough offered him a job right after he was eliminated.

The ultimate champions stood out from the very beginning with this beautiful physical tangle of a performance that told the story of a love triangle with clarity and precision. You’ll see more from this trio on this list below.

They had a lot to live up to, following their young proteges and previous World Finalists VPeepz. They didn’t make it as far as their predecessors, but their Duels performance remains one of my favorites of the season. They played the roles of bellhops in a routine that best showed off their clean moves and irreverent personalities. And the final moment when they gave their opponents The Rise a packed bag and a plane ticket home was by far the season’s best burn.

The intricate shapes of this tutting trio didn’t initially seem like they would last very long in the competition, but they kept elevating their style and made it all the way to the World Final. I think their best routine was their penultimate performance, when they used the main stage not to go big but to highlight their cool, smooth personalities and the best of what their style could be.

They weren’t instantly successful on the show — they got a callback instead of an outright yes after their first performance — but when they made it to the Duels they proved they were world class with a performance to Eminem‘s rapid-fire “Godzilla” that matched the song’s lyrical speed and intensity.

The performance so good it made the judges mad. They had lost their duel to the aforementioned Geometrie Variable, but were luckily chosen for the second-chance redemption round and gave a performance so clean, so hard-hitting and so slick that the judges couldn’t understand why they didn’t dance that routine the first time. They stopped holding back after this and eventually made it to the World Final.

It was the million-dollar-winning performance and actually the only World Final performance on my list (all four finalists were stellar, but I think all of them were at least a little better in previous rounds, which you can see further down the list). This routine was a big, bold, emotional culmination of this trio’s journey on the show with complex choreography and crisp execution.

The stairs they incorporated into their World Final routine got in the way of their choreography a little, but their performance in the Semi-Finals showed them at their best: lightning-fast salsa and incredibly risky lifts, flips and tricks. They’re absolute showstoppers on the dance floor, and this was their best time to shine.

Their very first performance of the competition gave Jennifer Lopez goosies, and it was only the Qualifiers. They showed how formidable ballet could be on this show. Unfortunately, like Oxygen, they were guilty of holding back somewhat during the Duels, which led to their early elimination. If they had made it out of that round, I think they could’ve won the whole competition.

There was arguably no image more memorable from the entire season than when Oxygen, lined up in a row, waved their arms in what Ne-Yo described as a Shiva formation at the start of their Qualifiers performance. That set them apart from the pack from the very beginning. It was a stylistic signature that helped get them to the finale, and though they didn’t win the competition those pictures they made were “World of Dance” classics.

Jake and Chau were good during the Qualifiers and Duels, but I didn’t see this performance coming. Their Semi-Finals routine was sensual, impactful, and choreographically difficult (including one moment where Lopez thought Jake was going to kill Chau by back-flipping onto her), but it wasn’t just stunts for stunts’ sake. It was fluid, rhythmic and fully committed. They scored higher than a couple acts who had qualified for the World Final the week before, but they were outscored by Oxygen and MDC 3, so tragically this performance didn’t earn them a spot in the finale that I thought they deserved.

After their previous two routines had explored a love triangle, they changed things up for the Semi-Finals. This performance was inspired by Madison’s mother, who battled cancer, and even without knowing the specific story behind it you could tell that the routine represented a fight for survival. Not just their physical movements but their emotive expressions were remarkable in this routine, and you could interpret it as any fight against a dark force, whether it’s cancer, depression or heck, even the ongoing pressures and anxieties of the COVID-19 era. This performance was filmed before the pandemic lockdowns, so it’s a testament to how universal this routine was.