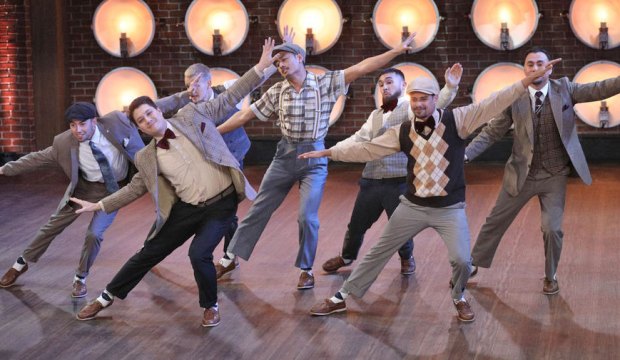 The Qualifiers are over on “World of Dance” season four, but before we get to the Duels there’s a brand new round of competition to get through: the Callbacks. In this round, 10 acts whom the judges were ambivalent about get a second to show what they’re made of. Only four of those acts will advance to the next round, while the other six will be out of luck. So who will impress the judges the second time around? “Dance” fans have been placing their bets here in our predictions center.

The likeliest act to get through with 27/10 odds is The Rise, the hip-hop crew led by Myson Junior, who previously competed on the show with the Elektro Crew but was eliminated during the Cut. The judges liked their initial Qualifiers performance, but they needed to step up their transitions, and, oh yeah, there was that one dancer who completely missed the climactic flip that ended their routine. But most of our users think they’ll make a better second impression.

SEE‘World of Dance’ recap: Who impressed the judges the most during ‘The Qualifiers 4,’ and did they give you goosies? [UPDATING LIVE BLOG]

The Junior Division team GRVMNT is also looking good with 4/1 odds. The Canadian hip-hop crew had enough potential that Jennifer Lopez gave them a yes outright the first time they performed, but Ne-Yo and Derek Hough thought their choreography needed to be taken up a notch.

Also with 4/1 odds are Junior Division Latin dance team 305, who had the advantage of performing with Lopez at the Super Bowl, but there was no favoritism here. The judges called out a couple of missed opportunities in their choreography and a break in character. Still, this Latin team has the potential to stand out on a show chock full of hip-hop acts.

SEE‘World of Dance’ performance video: Were CBAction able to overcome a devastating injury to advance to the next round? [WATCH]

Rounding out our top four are Avant Garde Collective with 5/1 odds. The Dutch team totally split the judges on their first attempt with Lopez saying no, Ne-Yo saying yes, and Hough giving them their callback. So they’ve got their work cut out for them to try to get a consensus from the panel.