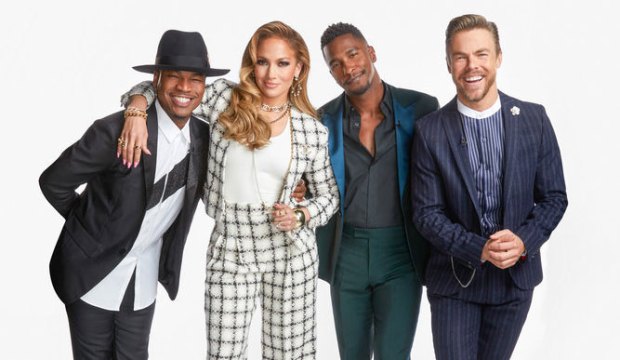 It all comes down to this: “World of Dance” held its World Final on Wednesday night, August 12, with four contestants left vying for the championship and the grand prize of $1 million. So who won, and did the judges get it right? Scroll down for our live blog with all the minute-by-minute developments as they happen.

Over the last two weeks the Semi-Finals narrowed the field to the final four acts representing a diverse array of dance styles and national origins. Urban dance team Oxygen comes from the Netherlands. Tutting trio Geometrie Variable are from France and tried to follow in the footsteps of fellow Frenchmen Les Twins, who were the first ever winners of “World of Dance.” Colombian couple Jefferson y Adrianita specialize in a lightning-fast style of salsa dancing.

SEEWere Jake and Chau robbed of a spot in the ‘World of Dance’ finale? Many of the fans we polled say yes

The sole American team, the contemporary trio MDC 3 from California, are also the only Junior Division team that made it to the finals. But the Junior Division has won before: the youngster hip-hop crew The Lab won the grand prize in season two. And MDC 3 were far from underdogs: they got the highest judges’ score of any act during the Semi-Finals, so they may have just been the act to beat, though the scores were so high and so close during the Semi-Finals that all four acts were pretty evenly matched.

This season marked a departure from previous season in terms of its format. Instead of four divisions, there were only two: the Upper Division and the Junior Division. The Qualifiers and Duels took place on a spare warehouse set instead of on the show’s usual main stage. And the Cut and Divisional Finals were replaced by a single Semi-Finals round that decided the final four that would compete for the ultimate title. Do you think those changes led to the right outcome? Follow along below starting at 9:00pm (times listed are Eastern).

9:03 p.m. — Four incredible acts are competing for $1 million and the title of “World’s Best Dancers.” Who will walk away with this prize? Let’s get started!

9:05 p.m. — Each group is introduced, performing a short intro dance. Everyone looks fired up and I was planning to choose my favorite intro sequence but they’re all just too great to choose right now. I’m looking forward to seeing if one of these four acts separates themselves from the competition or if will be a nail-biter to the end.

9:15 p.m. — Oxygen has gotten three standing ovations out of the four routines they’ve performed. They want to bring the title back to the Netherlands and earn the respect of their country. In their mentoring session with the judges, J-Lo compliments their choreography but says they need a more exciting ending. It’s now time for their final performance. They begin things with one dancer emerging from a pod and start an electrifying, alien-like routine that includes all sorts of interesting shapes and appears to tell the story of Oxygen. J-Lo loved the beginning of the routine, but still felt the ending fell flat. Ne-Yo thought the prop was a bit underwhelming, but thought the piece was great overall. The final score for Oxygen is 93.0. I doubt that will be enough to win, but we’ll see how the night goes!

9:35 p.m. — Next up is MDC 3, an act that’s been together for seven years. This trio is the youngest act in the Finals and the last Junior Division performers standing. In their mentoring session, J-Lo asks for a more intriguing opening and warns them everyone is going for broke. These three are such incredible, technical dancers. I’m transfixed by the way they move together and they show off several moves I’ve never seen before, which isn’t always the case during contemporary pieces. This was a great, dramatic piece that has Derek on his feet. J-Lo says she loves their tricks, but it’s the quality of their dance that gives her the goosies. Derek loves how in sync they are and was impressed by their head slides. Ne-Yo called it “flawless.” The final score for MDC 3 is 95.7, putting them in first place and knocking Oxygen out of the competition.

9:40 p.m. — The third act tonight is Jefferson Y Adrianita, the first salsa duo in the Finals. In their mentoring session, J-Lo emphasizes it has to be the performance of their lives. For their performance, they are wearing flashy, bright pink costumes and look absolutely fierce. They begin with Adrianita jumping of a ledge into Jefferson’s arms before launching into their lighting-fast footwork. They hop back to the top of a raised stage and run through a few dance sequences on the stairs as well. I love the energy between these two! Derek gives them a standing ovation and says they don’t even need an audience to create energy. Ne-Yo felt there was one slightly clunky movement. J-Lo thought the stairs hurt the performance, but complimented them for being the best duo of the year. The final score for Jefferson Y Adrianita is 95.3, just .02 behind MDC 3. Jefferson Y Adrianita have been eliminated.

9:59 p.m. — The last act of the night is Geometrie Variable. These blue-collar workers decided to pursue their dreams in dance and they would make for a great winner’s story. But do they have the winning dance to back it up? In their mentoring session, J-Lo tells them to speed up their movements and push themselves outside their comfort zones. They emerge on the stage in matching track suits and stand within a cube. The shapes they form seem so simple, but they’re so mesmerizing to watch. I love how they speed things up, taking J-Lo’s notes. At the end of the day, this crew is just a unique, different kind of dance group. J-Lo loved the lasers and felt they elevated their showmanship. Ne-Yo is proud of them for making it this far. Derek loves the choreography and wishes them luck. The final score for Geometrie Variable is 93.3. That means MDC 3 is the winner of “World of Dance” and they will take home the $1 million. That’s a wrap for this season! Congrats to MDC 3!