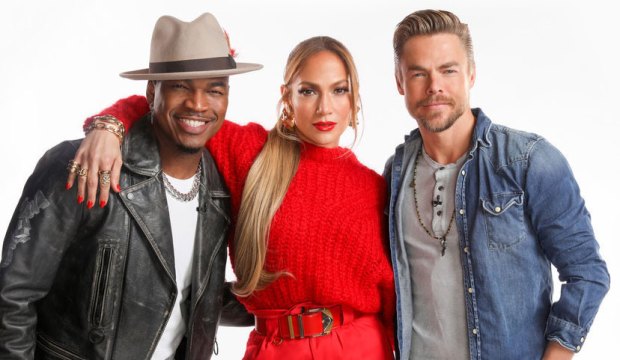 In previous seasons of “World of Dance,” the Qualifiers were pretty simple: either you were good enough to advance to the Duels or you weren’t. But this season there’s a new round in-between: the Callbacks, during which acts that didn’t quite cut it during the Qualifiers got a second chance to impress the judges before they made their final judgments. So who advanced to the next stage of the competition, and who were stopped in their tracks. Find out below in our live blog with all the minute-by-minute developments as they happen.

SEE‘World of Dance’ Callbacks: Who will be the last 4 acts to make it to the Duels? Our odds say …

Over the four weeks of Qualifiers, Jennifer Lopez, Derek Hough and Ne-Yo deemed 10 acts worthy of consideration but not yet worthy of a spot in the Duels: GRVMNT, The Rise, The Young Cast, 305, Avant Garde Collective, Show Stopper, CBAction, The Difference, Pumpfidence and Project 21. Unfortunately, there were only four spots left to fill in the Duels, so these dancers didn’t just have to be better than they were before, they had to be better than most of their fellow Callback contestants because six of those teams would be going home.

The good news is that the four acts making it through to the Duels from here will have the advantage of already going before Lopez, Ne-Yo and Hough twice, showing that they can step up their game, and getting a better idea of what the judges are looking for from their future performances on the main “World of Dance” stage. Perhaps one of these teams will take the momentum from this gauntlet and ride it all the way to the million-dollar grand prize. What do you think? Follow along below starting at 10:00pm (times listed are Eastern).

10:00 p.m. — It’s time to find out which four dance acts have what it takes to advance to the Duels! 10 will perform, but only four will move on. It’s time for the Callbacks!

10:05 p.m. — First up is The Rise, a group from Gilbert, Arizona competing in the Upper Division. They are in sync for the most part, but one of the tricks appears to go wrong and gets a cringe from Derek. This is a fun group of guys who have plenty of star power among them, but I don’t feel like I just watched anything extraordinary. Jennifer called it “compelling” and Ne-Yo and Derek said it was better than their first audition. Ne-Yo pointed out one dancer in particular he felt should be in front the entire time, stating “I feel like everything kicked up once you took center stage.” I agree with that assessment. J-Lo and Derek compare it to having a starting quarterback in hopes the other dancers weren’t offended. There is still room to grow for this group and we won’t know if they advance until later on in the episode.

10:10 p.m. — The next act to compete is Project 21, a jazz group from Yorba Linda, California competing in the Junior Division. They’ll be dancing with chairs in this routine, which is always a risk. Everything seems to go well, but this routine was severely edited down so we didn’t get to watch it all. Derek said there were slight problems, but nothing major. Jennifer wished their hair was loose rather than pulled back, but said this routine was more of what they’re looking for. Ne-Yo said it’s much better than their last routine.

10:12 p.m. — Next up is Avant Garde Collective, an urban dance group from Amsterdam, Netherlands competing in the Upper Division. They’re determined to prove themselves to J-Lo because she gave them a “no” in their previous audition. They’re each dressed semi formally wearing slacks, ties and suspenders. They’ve got a lot of interesting movements, but this routine is also heavily edited. Jennifer said it was much better than their first routine and she’s impressed. Derek didn’t think the dancing was strong, but he liked the choreography. Ne-Yo liked their first audition better. The judges just can’t agree on this group!

10:15 p.m. — Next is CBAction, a street dance crew from Cordoba, Argentina competing in the Upper Division. They’re grateful to perform again even though they wish the circumstances were better. One of their dancers broke his leg in rehearsals before the initial audition and for this routine they plan to bring more Latin flare. It looks like a fun routine and the judges seem to be laughing throughout, but once again we only see small clips. Derek felt there were moments that lacked impact. Ne-Yo liked this performance better than their first. J-Lo still isn’t sure about these guys.

10:18 p.m. — The Difference, a contemporary group from Carol Stream, Illinois competing in the Junior Divison is up next. They’re focusing on incorporating a story into their choreography this time around because that was Derek’s critique of their initial audition. This time around the judges see an improvement and felt more emotion. J-Lo likes the heart they put into their performances.

10:25 p.m. — Next up is GRVMNT, a Junior dance crew from Vancouver, Canada. This team looks super focused and said they are determined to get a “yes” from Derek and Ne-Yo this time around. They walked on stage chanting their group name and let the judges know they were up until 2 a.m. practicing. They certainly didn’t look tired and are bringing the stank to this performance. There’s a star power about these kids and I’m guessing since we saw the whole performance things might go their way tonight. J-Lo said they still have a ways to go but they should be really proud. Derek loved their transitions and Ne-Yo wants them all to match the energy of one particular dancer he found particularly great.

10:28 p.m. — Next is Pumpfidence, a heels group from Los Angeles California competing in the Upper Division. After the audition, J-Lo told them to lower their heels by an inch and come back. They listened to her critique and said they feel good about the decision. This is a sexy, sensual team that makes me feel like I’m watching a performance by the Pussycat Dolls. They’re cool, but I feel like they could be a fun pop group if they could sing. As for dancing, it just doesn’t stand out to me as something worth $1 million. J-Lo says they need to gel but she isn’t sure they can compete with everyone else. That being said, she’s proud of them and you never know – they might have a chance!

10:35 p.m. — Up next is Show Stopper, a Jazz Funk group from Miami, Florida competing in the Upper Division. In their first performance the judges told them to create more moments. They come out hitting hard in this routine and it definitely feels like a step up from the Qualifier round. J-Lo finds them to be much better dancers in this performance but they need more surprises. Derek thought they started strong but just stayed in the pocket. They danced well, but may not have that extra spice the judges are looking for.

10:38 p.m. — Next is 305, a Latin Ballroom group from Miami, Florida competing in the Junior Division. In the Qualifiers the judges told them to bring more energy so nobody overshadows anyone. This time they’ve added more tricks and if one person messes up the whole routine could be ruined. They walk in full of energy and instantly bring a smile to the judges’ faces. I am always mesmerized by large ballroom crews like this, they’ve got so much energy and I love the colors, the music and the attitude in this dance. Derek didn’t always feel like the dancing matched the music. J-Lo loved the energy but isn’t sure if they’re up to par with everyone else. Ne-Yo thought some of the members had an energy dip during the performance.

10:47 p.m. — The last act up is The Young Cast, a hip-hop group from Quebec, Canada competing in the Junior Division. They’ve been trying out since Season 2 and aren’t ready to go home. They are focused on staying synchronized throughout this performance and consider it to be the most important in their lives. I really like their opening moves and they seem to be holding their energy throughout. This really looks like the team to beat tonight. J-Lo said they were giving her “ninja vibes.” The formations were beautiful and felt strong. Ne-Yo liked the intro but Derek said we shouldn’t be able to see the lift on certain tricks.

10:59 p.m. — The judges are deliberating over the 10 acts and are ready to reveal the results. Show Stoppers, Young Cast and The Difference are called in and told one of the groups will advance. The group advancing the the Duels is Young Cast! Next Pumpfidence and Avant Garde Collective are both eliminated. 305 and The Rise are the next to hear their fate and both have made it into the Duels! Finally CBAction, Project 21 and GRVMNT enter the final judgement and GRVMNT is selected to compete in the Duels. That’s a wrap for tonight!