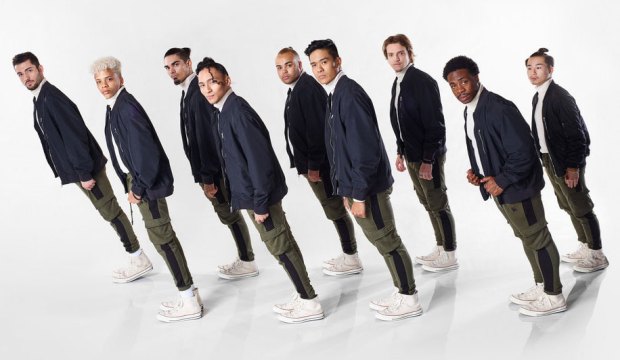 Let’s get ready to rumba! “World of Dance” put this season’s prospective contestants through Qualifiers and then a brand new Callbacks round for acts that didn’t quite pass the muster with their initial performances. So with all the dancers already put through their paces once or twice, it was time for the Duels to narrow down the field. Who survived their head-to-head match-ups, and who had to exit stage right? Scroll down for our live blog with all the minute-by-minute developments as they happen.

The Duels are a single-elimination round, so half of the contestants who survived the Qualifiers and Callbacks will be eliminated when all is said and done. In this round, one act faces off against another in a dance battle. The better performance advances to the next round, and the other act is sent packing — simple as that. But this season, the Duels are a little different.

SEE‘World of Dance’ sneak peek: UPeepz step it up for the Duels and almost start a duel between J. Lo and Twitch [WATCH]

In previous seasons, the highest scoring acts from Qualifiers would get to choose their opponents for the Duels, and often they would choose strategically to have the best chance to win. Not this time. This season the contestants only learn who they’re dueling when it’s time to face off, which adds an element of surprise and takes away their ability to pick an opponent they think they can more easily beat.

The show still hasn’t advanced to the bright lights of the main stage, but for this round the warehouse set fills up with an audience of onlookers who will give the performers their first chance to play to a crowd — in addition to playfully taunt their rivals, of course. What did you think of the performances and results? Did the judges make the right calls, or did some of the dancers not get a fair shake? Follow along below starting at 10:00pm (times listed are Eastern).

10:00 p.m. — It’s time to start the Duels! To help the judges make these tough decisions, Twitch has taken a break from “The Ellen DeGeneres Show” to add his critiques. Let’s go!

10:10 p.m. — First up tonight will be Jefferson Y Adrianita vs. Luca & Allesandra in the Upper Division. They are two Latin-style duos who are couples in real life. Both have the ability to set the stage on fire and are comfortable in competition. Jefferson Y Adrianita are up first and they promise not to go easy on their competitors. These two are so quick on their feet and I love Adrianita’s facial expressions. She is not playing around! I’m dizzy just watching them and the judges are thrilled with the performance. Derek gives them a standing ovation and Twitch is bending down feeling the heat from the floor. J-Lo loved their tricks and called them “super exciting and scary.”

10:15 p.m. — Luca & Allesandra are up next and the bar has been set. The Italians take a risk by setting their ballroom routine to a hip-hop song. These two are equally fierce and even pull out some red cloths for props. They seem to be a little less predictable and mix up their dance style, but if I’m being honest I found Jefferson Y Adrianata more exciting. J-Lo says these two are among the best performers in the competition. Derek loves the energy they “ooze” and Ne-Yo didn’t feel like the music quite did them justice. I hate to see either duo leave at this point in the competition, but let’s get some results! Three judges with three votes — majority rules. In a 3-0 vote, Jefferson Y Adrianita win this Duel!

10:25 p.m. — It’s now time for The Rise vs. UPeepz — two strong, dynamic groups who have a history on “World of Dance.” Both teams got some harsh critiques leading up to this point and they’ll have to prove they’re in it to win it. When these groups meet on the dance floor they give each other an intense stare down and they’re ready to go! UPeepz is up first and they’ve got a fun bellhop theme going and I love the characters. They’re utilizing some luggage and a bellhop cart while incorporating exciting, fast-paced moves. If nothing else, the energy is high and this a fun routine. Derek loves the intensity and J-Lo loves the concept. It was super clean with great musicality.

10:40 p.m. — The Rise take the stage ready to prove they deserve a spot in the next round. This routine is a bit cleaner than the last round and they took the judges’ critique from the last round by putting their star center stage. One dancer even struts out in stilettos for some added drama. It was a fun routine, but I think UPeepz probably took this one. Twitch loved the formation changes throughout their routine and says they kept it exciting. Derek feels the choreography was on point and thinks this Duel will be a tough call. But let’s see how the judges vote! By a vote of 2-1, the winner is UPeepz!

10:50 p.m. — Last up are some contemporary powerhouses — Kurtis Sprung vs. Styles & Emma. Both have the ability to execute beauty and grace on the dance floor. Styles & Emma are actually a ballet duo but incorporate some contemporary moves into their routine that gives J-Lo hope that ballet can be competitive on the “World of Dance” stage. Kurtis is up first and he’s giving an emotional performance dedicated to his girlfriend. He gets some serious height on his jumps and has Jennifer screaming from her seat as he tears off his shirt. It was a gorgeous routine that J-Lo calls “amazing.” Derek thought there was too much space between each move. Ne-Yo complimented him for getting the judges to understand his emotions.

10:55 p.m. — Styles & Emma are up next and their body movements are simply phenomenal. Styles tosses Emma around like she’s  light as a feather and both of them appear fearless. These two are just gorgeous to watch and this Duel is just too tough to call. J-Lo calls Styles & Emma “elegance in motion” but she needed a couple more moments where she was blown away. Derek thinks they are “stunning creatures melding together.” Twitch hoped they would move together a little more to show off the length of their bodies. So who will win this Duel? By a vote of 2-1 the winner is Kurtis Sprung!

10:59 p.m. — That’s a wrap for tonight! Next week the Duels will conclude and Twitch will choose two of the losing acts to return to the Redemption stage. So if your favorite dance act was eliminated tonight, there’s still hope for them to return.