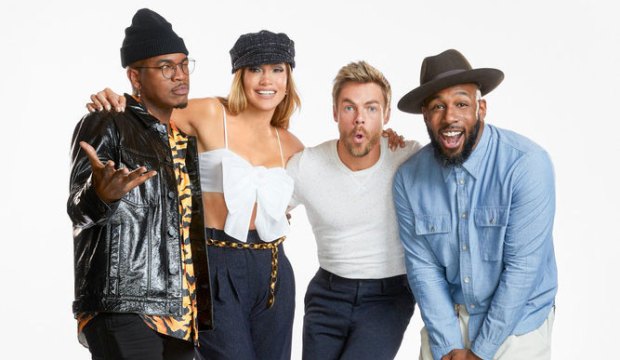 “World of Dance” is getting closer and closer to the main stage. On July 28, “The Duels 4” completed this round of the competition for the Junior Division with two final battles: Keagan Capps vs. Maddy Penny and James and Harris vs. Bailey and Kida. Then of course there’s also the redemption round where guest judge Stephen “Twitch” Boss chooses two of the losing acts from the division to get a second chance. Scroll down for our live blog with all the minute-by-minute developments as they happen.

In “The Duels 3” on July 21, three acts won their head-to-head battles and earned a spot in the upcoming Semi-Finals: the contemporary trio MDC 3, nine-year-old jazz dancer Savannah Manzel and Canadian hip-hop crew GRVMNT. They defeated, respectively, the fusion team Chibi Unity, the Latin ballroom troupe 305 and the hip-hop crew The Young Cast; those three will hope to get the nod from Twitch for a second chance to impress the judges.

But a lot can change when you scale up performances to the full-blown production numbers we get on the main stage. Which acts will be able to scale up their routines right along with it, and who will get lost under the bright lights? Well find out soon, but for now, follow along below for our coverage of “The Duels 4” starting at 10:00pm (times listed are Eastern).

SEE‘World of Dance’ sneak peek: Bailey and Kida are so good during Duels, Ne-Yo doesn’t think they’re even human [WATCH]

10:12pm — James and Harris perform next, and they don’t seem fazed by Bailey and Kida’s performance, and though they’re contemporary dancers, their routine had a hip-hop edge to it. Not sure it was enough to beat Bailey and Kida and the goosies they gave J. Lo, though. But Lopez tells James and Harris that they’re “a match made in heaven.” Ne-Yo was impressed by their strength, but “you’re not dancing as strong as you are … I know that there’s more in you.” But Derek Hough thinks Ne-Yo was dead wrong, though he noticed they were a fraction out of sync with each other. Even Twitch things they were holding back some. I have a feeling Bailey and Kida have this one.

10:16pm — Ne-Yo votes for Bailey and Kida. Lopez votes for James and Harris for the hard work they’ve put into their artistry. Hough is the tie-breaking vote, and he picks … Bailey and Kida! But Twitch says, “I’ve got my eye on y’all” to James and Harris, so there’s a chance they’ll get one of those redemption slots. Reminds me a little of Oxygen. Maybe Twitch will give them another opportunity to stop holding back, and maybe they’ll even win the redemption round.

10:23pm — Time for the last duel of the season before redemption. Keagan Capps and Maddy Penny both have “amazing technique,” says Hough. Penny is more of a classic dancer, while Capps is more out-of-the-box with her contortionist movements added to her contemporary style. Lopez thinks the act that is the most emotionally moving will be the one that advances to the Semi-Finals. Looking at you, Penny! The judges thought she was too emotionally reserved in the Qualifiers.

10:25pm — Maddy Penny is up first with an elegant, graceful, athletic performance, but I’m not sure it had the emotional presence the judges were looking for, and since the judges’ expectations for ballet were raised by Styles and Emma (who didn’t even make it out of the Duels), I’m not sure this is going to hold up. Lopez thought it was a “good routine” who dances well en pointe, but it “fell a little bit short” for her. Twitch thought her technique was great, but she needs to connect better to her audience — in this case, the judges.

10:28pm — Keagan Capps is up next. A relatively still, emotive performance. Not a busy performance, but more expressive than Penny’s routine. I think Capps is gonna have the edge here, especially after Lopez tells her that Capps broke her heart with one look. Ne-Yo was impressed by Capps’s maturity, but Hough does advise Capps that if she makes it to the next round she should add more dancing in-between her elements.

10:36pm — Time for the verdict. Hough votes for Keagan Capps. Lopez gives it to Keagan Capps! That means Capps goes to the next round. Ne-Yo advises Penny to get her heart broken so she can try to tap into her emotions more. Hough cringes a little. So do I. I have a feeling Twitch’s redemption choices will be The Young Cast and James and Harris. Maybe Chibi Unity. We’ll find out what happens soon.

10:40pm — Twitch’s first pick for the redemption round is … James and Harris! And the second choice is … commercial break, dammit!

10:45pm — And we’re back! Twitch’s second choice for the redemption round is The Young Cast — called it! Alas, this means that Chibi Unity, 305 and Maddy Penny are out of the competition for good. I have a feeling The Young Cast have the edge based on both of their Duels performances.

10:48pm — The Young Cast is up first, and they’re incredibly dynamic and full of energy, maybe on par with their previous Duels performance. Lopez appreciates that they have “a bag of tricks that we don’t know about.” Hough thinks Young Cast have the advantage of more members to create more pictures and visuals. I think the door is open, but James and Harris have a high bar to clear.

10:54pm — James and Harris are next with a solid routine to Post Malone’s “Circles,” but I’m not sure it’s going to be enough. They were a little out of sync at a couple of moments, and they didn’t ramp it up from their previous performance. Stellar dancers, but they might need a little more time to grow into their dancing.