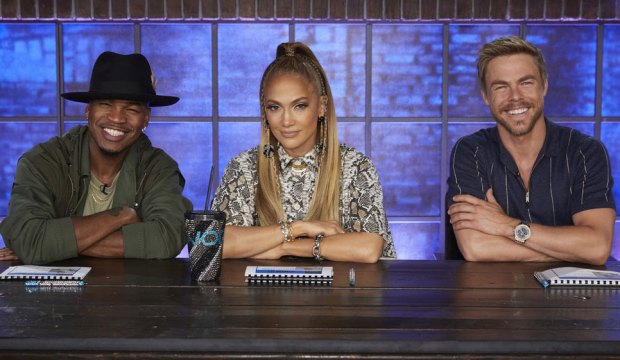 “World of Dance” returned for its fourth season last week with some new twists and format changes, including surprising the contestants during their warehouse auditions. But the first day’s performers weren’t thrown off by the presence of Jennifer Lopez, Derek Hough and Ne-Yo crashing their preliminary tryouts. So how did the next group handle it during “The Qualifiers 2”? Find out below in our live blog with all the minute-by-minute developments as they happen.

This year’s Qualifiers diverge from previous seasons not just in having the judges evaluate dancers at the warehouse set. There’s also a different judging system. Instead of scoring performances from 0 to 100, the judges look at an act and simply tell them yes to send them through to the next round, the Duels, or no to send them packing. There’s a third option too: a call-back for acts that almost pass muster but need to show the judges a little more before they make their final decisions.

And the judges weren’t pushovers in night one. Four acts got unanimous yeses and were sent forward to the Duels: salsa dancers Jefferson y Adrianita, contemporary duo Jake and Chau, hip-hop standouts Bailey and Kida, and young jazz prodigy Savannah Manzel. But promising Junior Division hip-hop crew GRVMNT was given a call-back after the judges expressed their ambivalence. And social media siblings The Williams Fam wasn’t ready for prime time: the judges told them no.

In this highly selective competition, it’s not enough to be good. The judges need to believe you have the potential to go toe to toe against great dancers of every discipline from around the world. So who met that standard in week two? Follow along below starting at 10:00pm (times listed are Eastern).

8:10 p.m. — The first set of dancers tonight is called The Rise and they are a hip-hop crew from Gilbert, Arizona competing in the Upper Division. They use each other to get over their everyday adversities and have put their blood, sweat and tears into dance. They give off a lot of energy when they perform and have some nice acrobatics, but it’s not incredibly original. Unfortunately, one member fumbled on his flip at the end. Jennifer comments on the mistake but assures them they’re looking for potential, not perfection. Ne-Yo said they had some great highlights but Derek wasn’t jumping out of his seat. J-Lo gives them a yes, but Ne-Yo and Derek have sent them to the callbacks.

8:15 p.m. — The second group tonight is called Oxygen and they perform a fusion of contemporary and hip-hop. They hail from the Netherlands and start off with gorgeous, precise arm work while standing in a line. It’s like flowers blowing in the wind. This routine was FIRE! Derek said they made him feel like he’s never seen tricks like theirs before. J-Lo is super impressed and Ne-Yo couldn’t believe how much work they must have put into that routine. It’s a hard yes for this crew!

8:20 p.m. — Next is Indigenous Enterprise, a Native American dance crew from Phoenix, Arizona. They mesh traditional Native American dances with hip-hop and have performed at various festivals and music videos. The costumes are beautiful their technique is definitely unique within this competition. Jennifer loves the energy, Ne-Yo appreciated their free movement and Derek is inspired by how primal it is. Unfortunately, the judges didn’t believe this was the right platform for them and they were cut from the competition.

8:30 p.m. — James & Harris are a contemporary duo from Seattle, Washington competing in the Junior Division. They almost look like brothers, but they’re best friends who describe themselves as “dudes who like to dance.” They have nice technique and midway through the performance they show off some impressive acrobatics. They put their emotions into their dance and that’s always inspirational to see. It was a solid routine. J-Lo says their nerves showed, but they have strength. Derek thought they lacked some musicality in their choreography and it wasn’t very clean. J-Lo and N-Yo give them a yes, so this duo has advanced to the Duals.

8:35 p.m. — Next up is 305, a Latin Ballroom dance group from Miami, Florida competing in the Junior Division. They actually danced in the Super Bowl with J-Lo and I’m not sure if that will be an advantage for them or if she’ll be extra tough on them. This group has so much energy it just puts a smile on your face to watch them. Everyone should wear fringe pants all the time! The judges gave some tough critiques, but the judges see a lot of potential. All three judges decide 305 should return for the callbacks.

8:40 p.m. — Now it’s time for Luca & Alessandra, a Latin Ballroom duo from Sicily, Italy. They call their Italian blood their secret weapon and are filled with fire and passion. They’ve known each other since childhood and have dancing together for 26 years. On the dance floor they’re giving me everything I had hoped for! These two are dramatic, sexy and are telling a story through dance. This has been the best routine of the night and Ne-Yo gives them a standing ovation! J-Lo loves their connection and the judges give them a huge YES.

8:50 p.m. — Next up is UPeepz, a hip-hop group from Manila, Philippines competing in the Upper Division. They are the adult coaches of last year’s Junior champs, VPeepz. Their moves are so fast! I feel like I could watch this routine five times and see something different with each viewing. J-Lo thought it fell a little flat and needs to be dirtier. Ne-Yo wants more energy and thought the choreography stayed in one place. Ne-Yo and Derek pass them through to the Duals.

8:59 p.m. – The final dancers tonight are Styles & Emma, a ballet duo from Rochester, New York competing in the Upper Division. Their elegance is captivating. Styles is so incredibly strong and Emma floats. There is one move where Styles falls to his back and his legs go into the splits behind him. I’ve never seen anything like it. This is the new performance of the night! J-Lo says she already has “goosies” and she didn’t think she’d feel them until the finale. Styles & Emma easily advance to the Duals and they could be the team to beat. That’s a wrap for tonight’s episode!