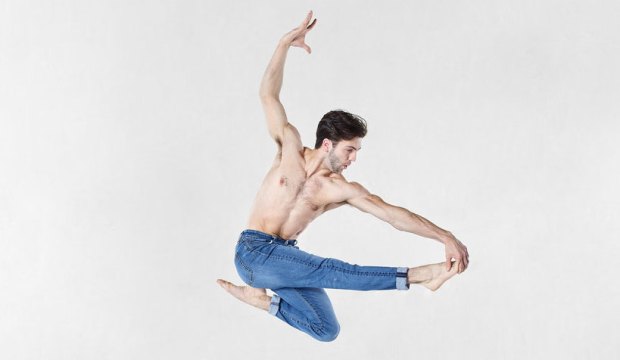 After weeks in the scaled-down warehouse set, “World of Dance” finally advanced to its main stage on Tuesday night, August 4. Six Upper Division acts and six Junior Division acts advanced to the Semi-Finals as we inch closer to the million-dollar finale. So who was up to this latest challenge? Find out below in our live blog with all the minute-by-minute developments as they happen.

The previous three seasons of “World of Dance” took place entirely on the main stage, from the Qualifiers to the World Final. This season’s format gives us — and of course the judges — an opportunity to consider each act in different contexts. How good are they on a spare stage with no bells and whistles and no audience, as they were in this year’s Qualifiers? And then how well are they able to scale up their routines to fit the heightened energy and intensity of the studio space? That should show us who has the raw talent and the showmanship to win the whole season.

SEEJefferson y Adrianita are not only ‘World of Dance’ contenders, they’re also Emmy nominees for choreographing these routines

Five Upper Division acts won in the Duels round to earn their spots in the Semi-Finals: the Filipino hip-hop crew UPeepz, contemporary soloist Kurtis Sprung, contemporary duo Jake and Chau, tutting trio Geometrie Variable and Emmy nominated salsa couple Jefferson y Adrianita. The last spot went to fusion team Oxygen, who lost their duel, but won the redemption round to advance to the Semi-Finals.

In the Junior Division, the winning acts coming from the Duels are contemporary trio MDC 3, Canadian hip-hop crew GRVMNT, hip-hop duo Bailey and Kida, nine-year-old jazz dancer Savannah Manzel and super-flexible contemporary dancer Keagan Capps. The redemption winner for this under-18 set of competitors was the hip-hop team The Young Cast. So how did they all do during the Semi-Finals? Follow along below starting at 10:00pm (times listed are Eastern).

SEE‘World of Dance’ recap: ‘The Duels 4’ finished the Junior Division battles on the way to the Semi-Finals [UPDATING LIVE BLOG]

10:00 p.m. — Tonight will feature six of the remaining 12 acts competing to reach the Finals. Two of the acts dancing tonight will advance and the other four will be eliminated. Let’s go!

10:10 p.m. — First up tonight is The Young Cast. Ne-Yo describes them as “warriors” who have “fought tooth and nail to be here.” They’re the only team to compete in every phase of the competition: Qualifiers, Callbacks, Duels and Redemption. The Young Cast is determined to prove they deserve a spot in the Finals. Dressed in matching blue suits, this group kicks things off with an acrobatic hip-hop routine to “Bohemian Rhapsody.” It’s not a song choice I saw coming from this group and I applaud them for thinking outside the box. Derek calls them a perfect example of perseverance. J-Lo said there were so many things going on that she didn’t always know where to look. Other than that, she felt it was perfect. Ne-Yo said their musicality missed the mark sometimes, but it was otherwise flawless. The final score for The Young Cast is 90.7. We’ll see it holds up!

10:15 p.m. — Next to take the stage is Savannah Manzel, a nine year old J-Lo describes as a “child prodigy.” Her confidence has grown with each round and Savannah is starting to think she can win this thing! As she walks on stage the judges seem surprised to see her hop on an aerialist hoop. She doesn’t spend too much time there before wowing the panel with her dynamic movement and flexibility to the song “Dreamweaver.” J-Lo calls her a “marvel” and said Savannah puts a new spin on every move she does. Ne-Yo is excited for the next generation of dance because of girls like Savannah. The final score for Savannah is 90.3, putting her in second place. Despite being on the brink of elimination, Savannah is nothing but smiles!

10:25 p.m. — The third act tonight is Jefferson y Adrianita, a Latin dance duo that named their child after Derek. They have prepared their whole lives for this moment and are ready to make their son proud. They start out with Adrianita standing on Jefferson’s shoulders before doing a drop move to the floor. They quickly deliver their signature spins and lifts with an energy that’s hard to match. I love Adrianita’s facial expressions and she definitely draws the attention to herself. Derek was on his feet after the performance and Ne-Yo said, “You can’t deny the energy flowing through this room right now!” Derek called Jefferson a great partner for framing Adrianita and letting her be the star. J-Lo called the footwork “top notch.” The final score for Jefferson y Adrianita is 94.3, putting them into first place with three acts to go. Savannah Manzel has been eliminated.

10:35 p.m. — Next up is GRVMNT, a junior hip-hop group with great chemistry. This could be their last performance together since a few of the older members are heading off to college soon. They look dressed like they’re ready for war are delivering a dirty performance filled with attitude and grit. It seemed a bit short which makes me think part of the performance may have been cut. Derek loved the concept and energy, but thinks they stayed in the V formation too long. J-Lo thinks their steps lack originality and Ne-Yo agrees. The final score for GRVMNT is 89.7, which is the worst score so far tonight. They have been eliminated.

10:45 p.m. — Kurtis Sprung is up next. This Upper Division soloist has choreographed a dance about the complicated relationship he had with his father. Kurtis has come to understand why his father was tough on him as a kid, and now he credits his dad for giving him his work ethic. Kurtis is putting a ton of emotion into this performance, but the first half moves a little slow for me. It feels like moves I’ve seen in hundreds of contemporary pieces before this. The second half of the performance is much more exciting, with Kurtis delivering some innovative movements and high-flying tricks. Ne-Yo felt like all the moves flowed together too fast. J-Lo disagreed with Ne-Yo and found a lot of impact in Kurtis’ artistry. The final score for Kurtis Sprung is 90.3, which leaves him just shy of the Top 2. With that, Kurtis is eliminated and Jefferson y Adrianita have guaranteed a spot in the final.

10:58 p.m. — The last act performing tonight is Geometrie Variable. They’re excited to present their unique style to the world and if they win a million dollars along the way, they won’t complain! Ne-Yo fears their style may be too specific to keep fresh, but this crew is confident they will impress the judges once again. The trio is sharply dressed in shirts and ties tonight and walk on stage full of swag. They have such cool movements and what is especially impressive about this group is their innovation. J-Lo is overcome by their sexiness and lets out a laugh. She calls them “oddly satisfying, amazing and exciting.” Ne-Yo said they dance with one brain and he loves their clean, tight moves. Derek calls them “surgical” and applauds the “chill, swag” performance. The final score for Geometrie Variable is 94, which puts them in second place and guarantees them a spot in the Finals! They knocked out The Young Cast who came up just short. That’s a wrap for tonight!