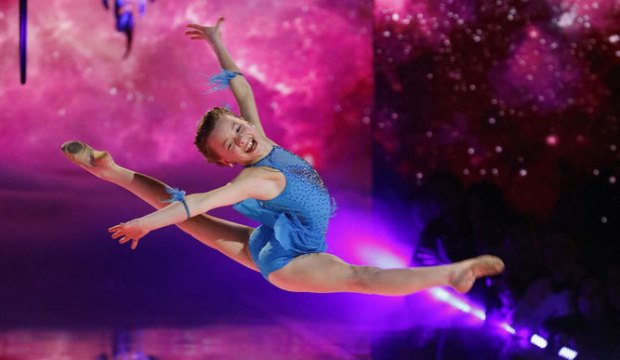 “World of Dance” sent 12 acts to the Semi-Finals, but only four will make it to the World Final next Wednesday, August 12. Narrowing down the field started with “The Semi-Finals 1,” during which six acts performed but only two were selected for the finale. Did the judges pick the right two? Vote in our poll at the bottom of this post to let us know who you thought gave the best performance on Tuesday night.

SEE‘World of Dance’ recap: ‘The Semi-Finals 1’ final brought the contestants to the bright lights of the main stage [UPDATING LIVE BLOG]

This was the first time Upper Division contestants were pitted against Junior Division hopefuls. Three acts from each division performed. Adult dancers Kurtis Sprung, Geometrie Variable and Jefferson y Adrianita faced child and teen performers The Young Cast, GRVMNT and Savannah Manzel. As in previous seasons, the judges scored the contestants on a scale of 0 to 100, with the two highest scores advancing to the finale. And a couple of the decisions were surprising.

Right out of the gate, the Junior hip-hop team The Young Cast put up an impressive average score of 90.7 in what was their fifth performance of the season after making it through Qualifiers, Callbacks, Duels and the redemption round — no one else this season has performed that many times. Nine-year-old prodigy Manzel was next, performing aerial stunts she had only ever been doing for a week. Alas, Manzel scored a 90.3, which put her on the bubble for elimination.

SEE‘World of Dance’ preview: Jennifer Lopez wonders how Geometrie Variable got so sexy during the Semi-Finals [WATCH]

Manzel was knocked out immediately thereafter by Jefferson y Adrianita, whose insanely athletic routine scored 94.3. It wasn’t too surprising they were good enough to make the finals since they were already good enough to earn an Emmy nomination for their choreography. And those scores held up for the rest of the night. GRVMNT gave a solid performance after that, but solid didn’t cut it as their 89.7 score put them at the bottom of the leaderboard.

Perhaps most surprisingly, contemporary soloist Sprung didn’t make the cut either despite wearing his heart on his sleeve for a performance inspired by his strained relationship with his father. He got a 90.3, tied with Manzel. Such raw emotion usually does the trick on “World of Dance,” but the good news for Sprung is that judge Derek Hough offered him a job as soon as he was eliminated. Hough asked Sprung what his schedule was for the summer and told him to keep his calendar open, which was a bittersweet moment since the show was taped before the COVID-19 pandemic cancelled so very many plans for this summer. Hopefully Hough will still have a gig for Sprung on the other side of the global health crisis.

SEEJefferson y Adrianita are not only ‘World of Dance’ contenders, they’re also Emmy nominees for choreographing these routines

Geometrie Variable closed the show with their intricate shapes. I wasn’t sure how their hand and arm formations would hold up against some of the acrobatic maneuvers of their rivals, but their innovative routine was the only one on Tuesday night that gave Jennifer Lopez goosies, so they made the finals with a score of 94, knocking out The Young Cast.

That was pretty surprising since Geometrie Variable ranked dead last in our predictions for who would win the whole season with odds of 100/1. Those odds are based on the combined predictions of fans who place their bets here in our predictions center, and going into the Semi-Finals Sprung actually ranked second in our odds for who would win the million-dollar grand prize. The Young Cast, Manzel and GRVMNT ranked higher than Geometri Variable in our odds too, so their Semi-Finals success was a huge upset. Could they pull off another shocker at the World Final? Watch Tuesday’s six routines below, and vote in our poll.