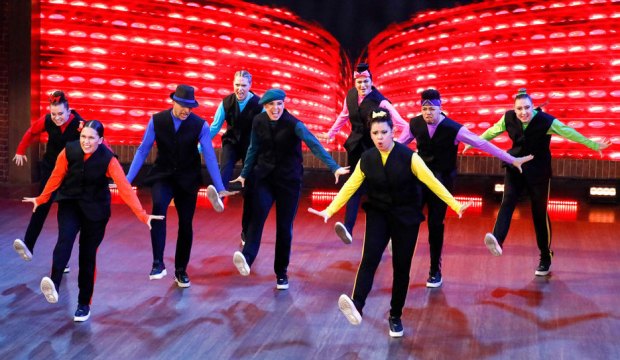 The “World of Dance” Duels round is underway. The Upper Division just finished their battles on July 14, and the Junior Division gets started on July 21. A lot can change from week to week since almost half the contestants will be gone when this round is over. Just look at Styles and Emma, who we thought were among the front-runners to win the season but were eliminated instead. The innovative urban crew Oxygen avoided elimination by the skin of their teeth, but despite their close call, they’re still the front-runners to win the season according to our odds.

Every week “World of Dance” fans make their predictions here in our predictions center, and their combined forecasts are calculated to create our official racetrack odds. As of this writing Oxygen get leading odds of 29/10, which may be surprising since they’ve already been beaten once. They actually lost their duel to Geometrie Variable for abandoning the innovative shapes and formations that made them stand out during the Qualifiers.

SEEOxygen got TWO chances to shine during ‘World of Dance’ Duels, so why the heck did they hold back the first time? [WATCH]

Luckily for them, guest judge Stephen “Twitch” Boss selected them for the redemption round against the aforementioned Styles and Emma, and Oxygen won with a performance so damn good it actually made the judges mad. If they had that showstopping routine in their arsenal, why didn’t they perform it during the Duel in the first place? Why did they wait until the redemption round, which they wouldn’t have gotten to perform in at all if Twitch had picked someone else?

But if they keep dancing as well as they did during the redemption round, they really could win the whole competition when all is said and done. But they’ll have to watch out for Jefferson y Adrianita, the salsa duo who won their Duel outright and rank second in our predictions with 37/10 odds. Junior Division contemporary trio MDC 3 round out our top three with 19/5 odds. But we haven’t seen the Junior Division Duels yet. Once fans see what the kids have up their sleeves in this round, our odds could look very different this time next week.